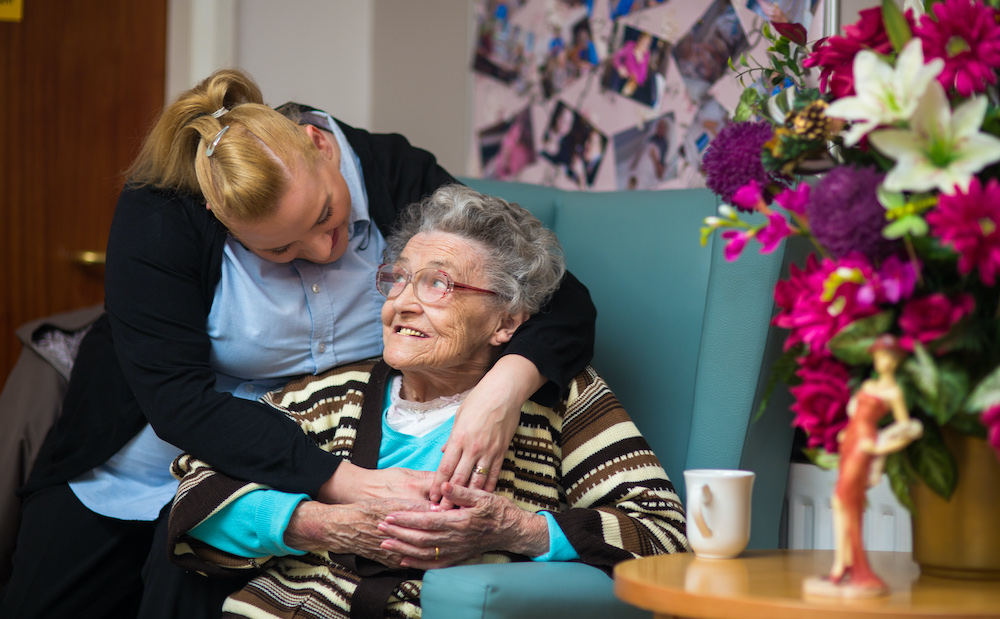 What is dementia? Types and symptoms

The word Dementia describes a set of symptoms caused when the brain is damaged by diseases such as Alzheimer’s disease.

Alzheimer’s disease is the most common cause of dementia, but not the only one.

The specific symptoms that someone living with dementia will experience are dependent on the parts of the brain that are damaged and the disease that is causing the dementia.

One person’s experience of dementia will not be the same as another’s.

As a term, ‘dementia’ describes a series of symptoms that include but are not limited to:

Dementia can affect any person, and it is no respecter of age. However, dementia is most commonly diagnosed in persons who are 65 and older. Dementia diagnosed before the age of 65 is called ‘early onset dementia.’

Most common types of Dementia

Approximately 60-70% of dementia diagnoses are due to Alzheimer’s disease. Alzheimer’s is caused by an accumulation of abnormal protein deposits in the brain that destroy the cells associated with memory and mental function. Because these protein deposits build up over an extremely long time, it can take up to 20 years before Alzheimer’s disease presents itself. Symptoms of the disease include memory loss, difficulty with concentration, finding it hard to complete familiar daily tasks, such as getting confused over the correct change when shopping, struggling to follow a conversation or finding the right words, being confused about time and place and mood changes.

Approximately 20% of dementia symptoms are due to Vascular dementia. Vascular dementia is the result of dead cells and fatty deposits in the arteries restricting blood flow, which can cause localised cell damage to the brain, including multiple strokes. The interruption of blood flow is known as an infarction.

The most common conditions associated with Vascular dementia include heart disease, diabetes, and high blood pressure. If any of these conditions are treated quickly enough, the onset of Vascular dementia can be slowed down. Unfortunately, any function that’s already been lost won’t be recovered. Symptoms of Vascular dementia may be similar to Alzheimer’s disease although memory loss may not be as obvious in the early stages. Other symptoms may include muscle weakness and mobility issues such as difficulty with walking or a change in the way a person walks.

Frontotemporal dementia is an ‘early onset’ dementia that generally affects people between the ages of 45 to 65. It most commonly affects the frontal lobe and temporal lobe parts of the brain which control various aspects like speech, memory, changes to personality, problem solving, comprehension and empathy. The early signs of frontotemporal dementias can be extremely difficult to diagnose. Memory loss is rarely a symptom until the later advanced stages.

Dementia with Lewy bodies affects movement and motor control. People living with this condition are much more likely to experience balance and coordination difficulties, which may result in falls or fainting. Individuals may also feel confused and suffer from visual and auditory hallucinations as well as sleep disturbance.

Mixed dementia is usually caused by a combination of Alzheimer’s disease and vascular dementia.

The GP or specialist should be able to provide more information about the condition and the dementia symptoms.

Some people feel immediate peace of mind from simply knowing what they are experiencing. Even a positive diagnosis can reduce anxiety because knowledge is power.

Not knowing what’s happening can often be the scariest thing.

Although there is currently no cure for many of the conditions causing dementia, there will be treatment and support available to assist in the planning of future care.

Many people who are living with dementia can live a full and active life, free from the more debilitating symptoms. 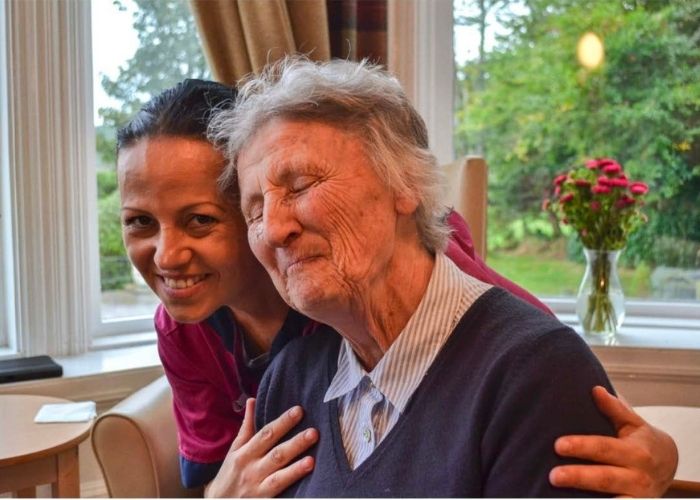 Living with dementia can introduce a range of challenges that can affect a person’s perception of their environment. This can lead to disorientation resulting in distress or anxiety.

Providing a safe and familiar environment is therefore very important for an individual’s wellbeing.

The functions of particular rooms should be clear and homely. Design features along with discreet signage should be used to assist with navigating around a care home.

This helps to promote independence and confidence to continue to live their life their way.

Providing areas to encourage reminiscence or involvement in meaningful activities (indoors and outdoors) will help to stimulate the senses and help promote wellbeing.

Mealtimes are an important part of anyone’s day. For a person living with dementia this should be no different despite some of the difficulties they may encounter.

Losing weight is not an inevitable part of living with dementia.

However, the physical changes sometimes experienced can all contribute to weight loss. These include difficulties with chewing or swallowing food, recognising food, diminishing taste buds and remembering when to eat.

Hydration is also very important so regular drinks and snacks should always be available and easy to access. 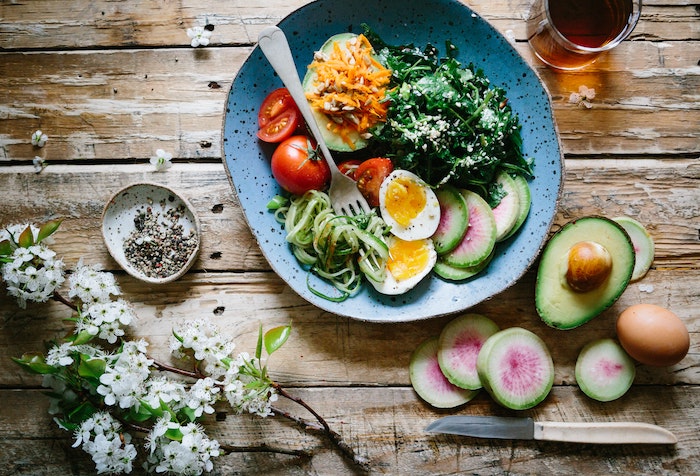 Food may not be recognised due to visual or cognitive impairment. To support this there are a range of resources available, which can be tailored to each individual’s own needs.

Freshly prepared meals should look appetising, be nutritious and stimulate the appetite.

Person-centred requirements such as likes and dislikes, cultural or religious requirements and past eating habits/routines should all be taken into account.

Mealtimes should be flexible to suit an individual’s preference.  Meals may be served on a tray in an individual’s room, while they watch their favourite TV programme or a social experience to be enjoyed with others.

Living with dementia in an Advinia Home

We believe that dementia is one of the biggest health issues this country faces; at the moment.

As such, we keep ourselves fully informed of any new developments and research in the field of dementia. This ensures Residents receive the highest level of person-centred care and are treated with the dignity and respect they deserve.

Advinia promotes a Whole Home approach to dementia care. We ensure that all Colleagues who join Advinia, in any role, have an understanding of living with dementia through our blended learning programme.

Our Wellbeing and Engagement programme provides the foundation for meaningful activity in our Homes.

We focus on 5 areas of stimulation (Social, Physical, Emotional, Cognitive and Sensory). These areas aim to promote independence whilst supporting individual physical and mental wellbeing.

Advinia catering teams are aware of the benefits of fresh nutritional food and flexible meal time experiences for those Residents who are living with dementia.

All specific dietary requirements are catered for including texture modified food for those whose symptoms include swallowing difficulties.

Improvements to the dementia friendly environment in Advinia Homes is ongoing and we aim to tailor personal environments to individual needs and requirements.

Living with dementia in an Advinia Care Home

Living with dementia in an Advinia Care Home means that individuals are supported to live the life they choose.

We use cookies on our website to give you the most relevant experience by remembering your preferences and repeat visits. By clicking “Accept All”, you consent to the use of ALL the cookies. However, you may visit "Cookie Settings" to provide a controlled consent.
Cookie SettingsAccept All
Manage consent