Residents Have A Ball At Arncliffe Court Summer Party 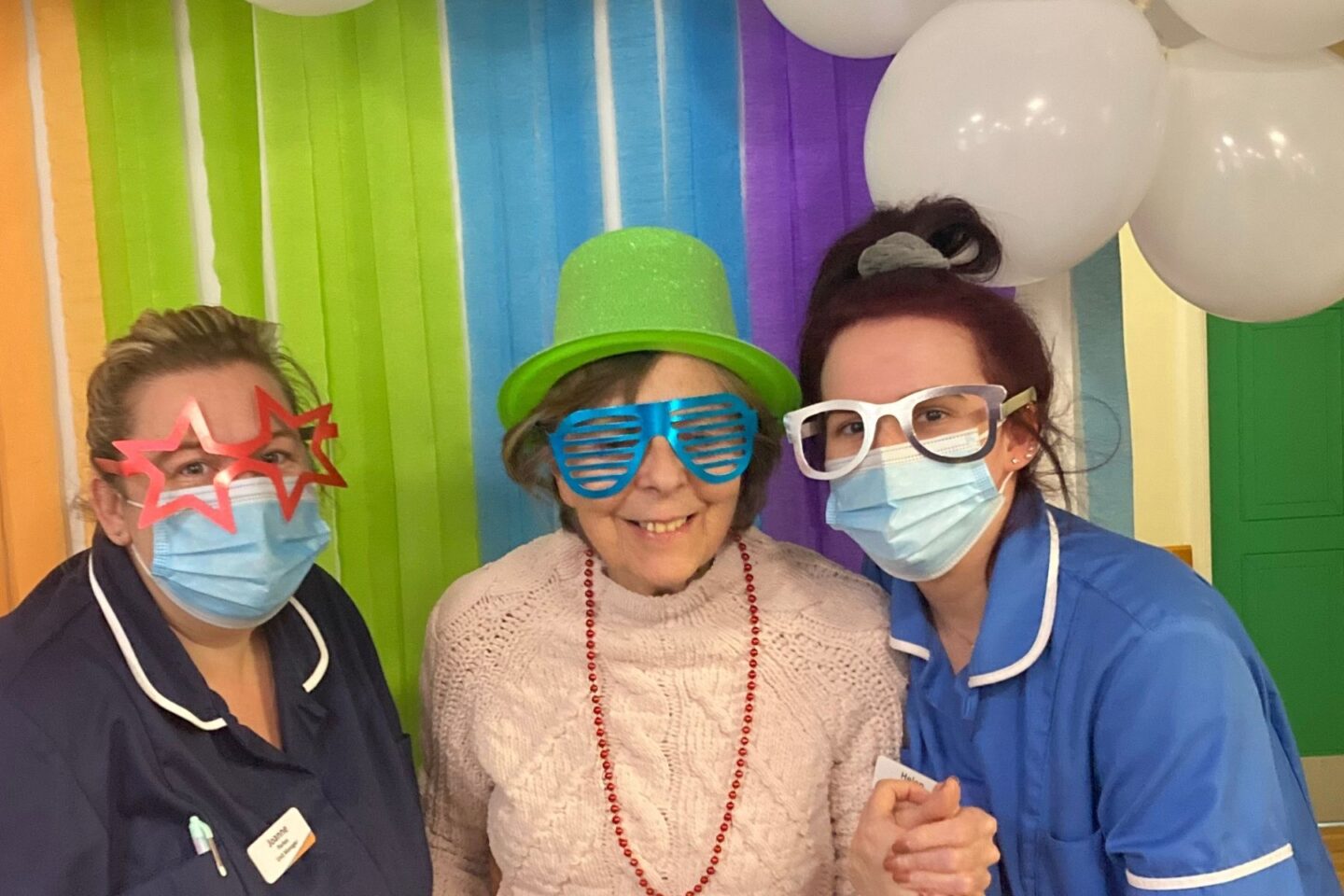 Residents had a fantastic time dancing and singing along to their favourite 70s tunes and wearing an assortment of wacky hats and glasses. 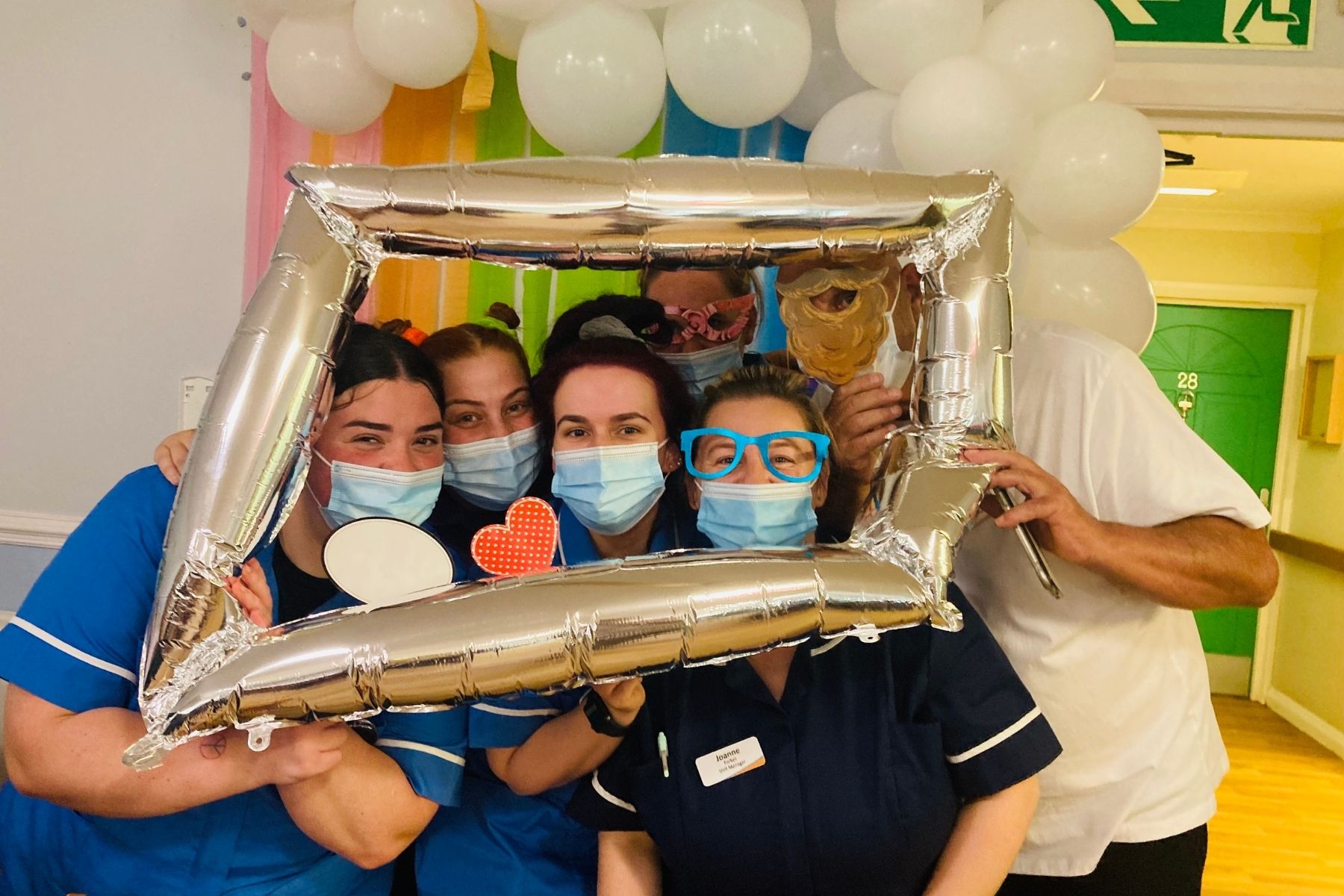 The amazing buffet spread was bolstered by food donations from Residents’ loved ones and some extra treats from Paisley Unit Colleagues.

According to Zoe, the party was such a hit that many Residents had to take a nap afterwards to recover.

Zoe said: “Our party was exactly what the Residents needed – there were big smiles all around.

“We usually have a summer fayre at this time of year, but with the changing restrictions, we didn’t want to risk planning something we’d have to cancel.

“Our Head Chef did a fabulous spread of burgers, hot dogs, chips and other bits of BBQ food.

“We had so many terrific donations from Relatives, including an amazing cake that one of the Resident’s granddaughters sent over.

“When I left, most of the Residents were napping, which is always the sign of a good party!”

During the event, Residents were able to pose in front of a balloon and rainbow wall. The pictures were so terrific that Zoe and her Colleagues are putting them up to remind Residents of their lovely time together.

Zoe added: “Everyone worked hard to make sure the party was a big success, and we’re delighted to have pulled it off.

“Now the other units at Arncliffe Court are planning their own summer celebrations, and we hope they have just as much fun as we did.” 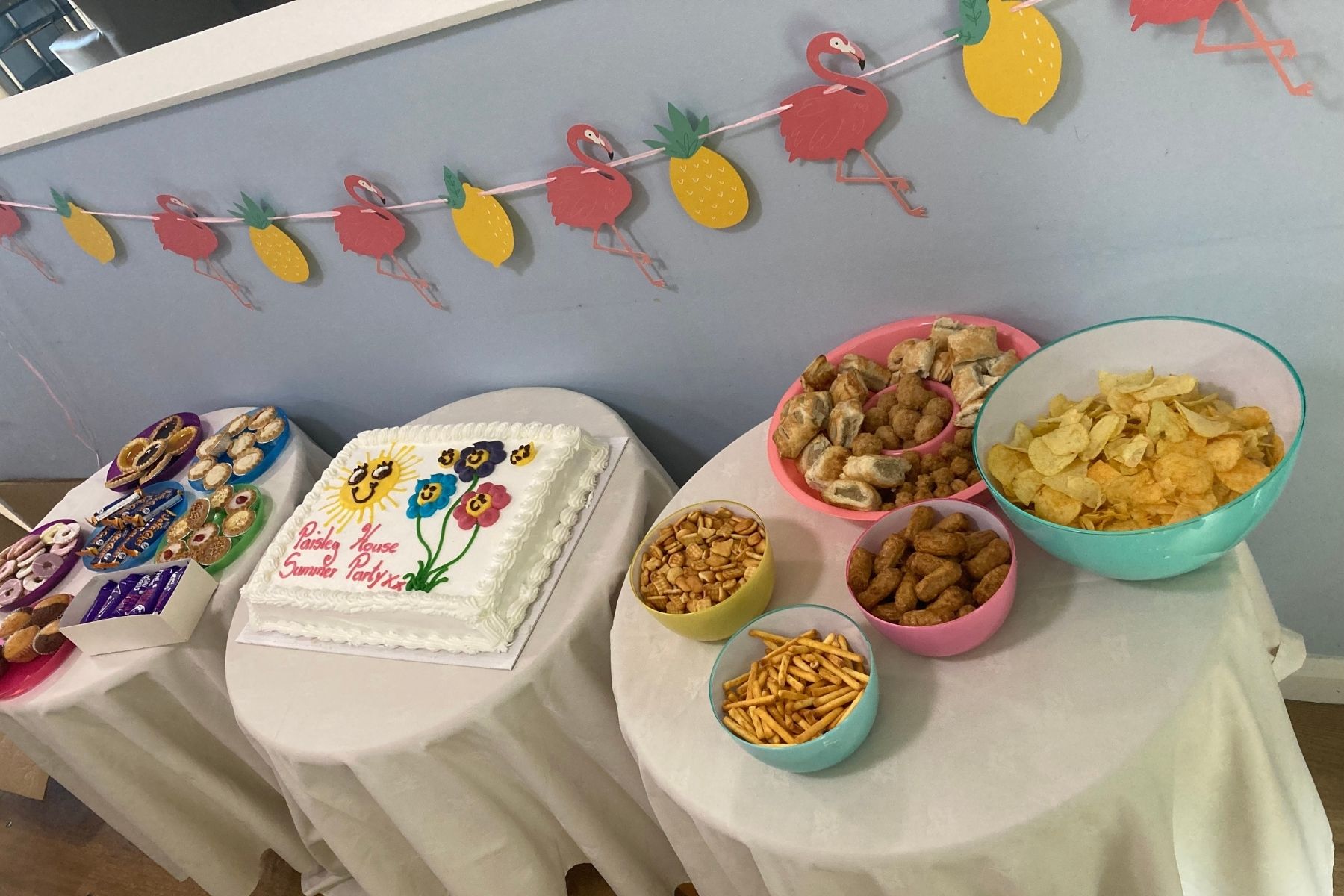