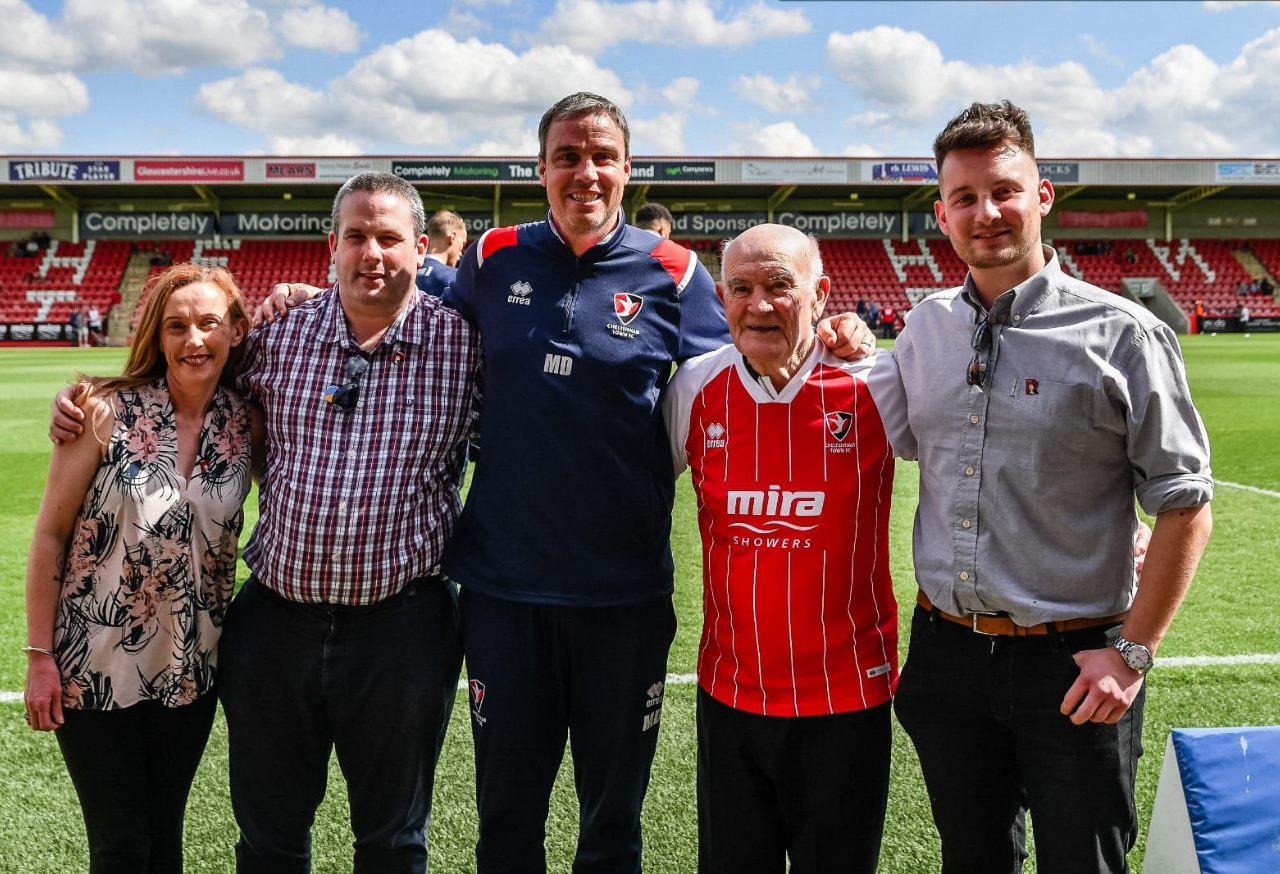 Bishops Cleeve Resident Joe Hyde’s dreams of returning to his football roots were granted this spring as he attended former club Cheltenham’s matchday as a VIP.

Colleagues at Bishop’s Cleeve Care Home began enquiries into granting Joe’s wish to attend a match after he told them he’d love to visit.

However, after his family revealed he’d played over 400 times in the first team, they reached out to Cheltenham FC to see what they could do. 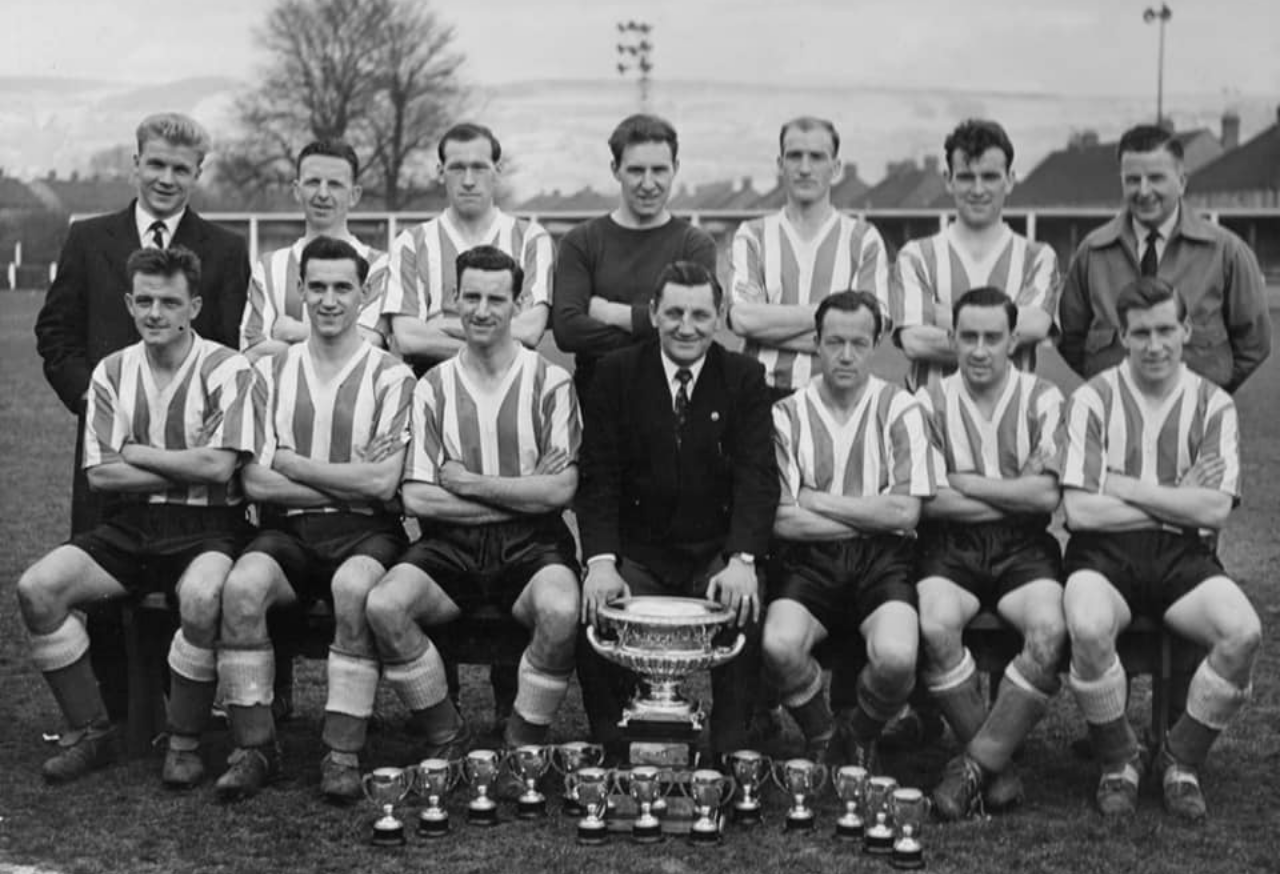 Not only were the club delighted to grant Joe’s wish, but they collaborated with Bishop’s Cleeve to lay on an awesome VIP experience for him too.

Jean said: “Cheltenham FC rolled out the red carpet for Joe, and it was an amazing day for him and his loved ones.

“He was whisked off with his wife in a black Mercedes courtesy of Jonny-Rocks Chauffeur Services before getting a hero’s welcome upon his arrival.

“Pre-match, Joe and his family were treated to a slap-up lunch before being taken to the executive area to watch the game.

“Joe was invited onto the pitch to meet Manager Michael Duff and Chairman David Bloxham, and his presence was announced to fans just before kick-off. 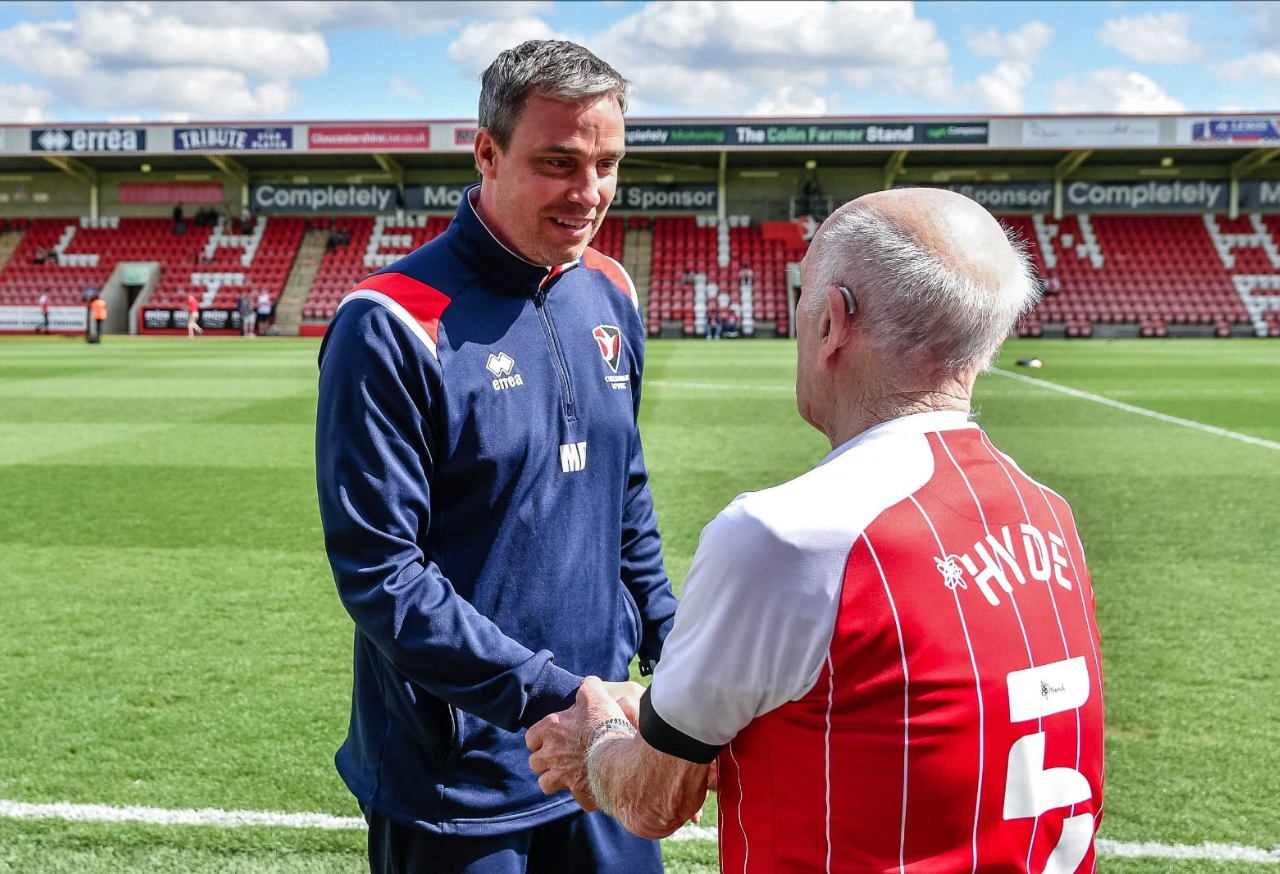 “So many people came up to get photos of Joe, and he even bumped into a fellow footballer from his era. Joe had an amazing time.”

As well as the matchday experience, representatives from Cheltenham FC visited Joe at Bishop’s Cleeve with the League Two Champions Trophy.

They were joined by children from Bishop’s Cleeve Primary Academy and presented Joe with a unique ‘Hyde’ football shirt. 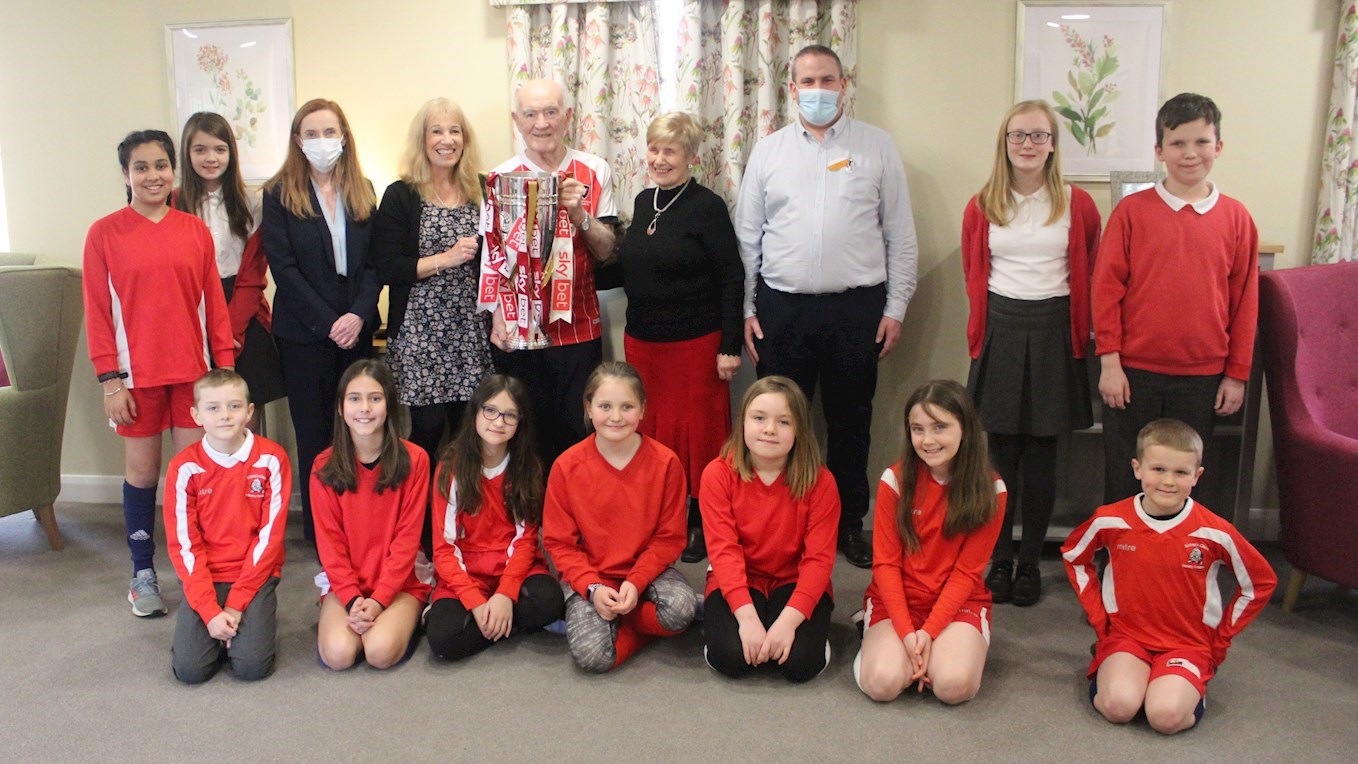 Jean added: “The kindness and generosity of Cheltenham FC were unbelievable.

“They wanted to truly celebrate Joe and the history he created back in those decades with the club.

“When Joe first mentioned he’d like to go to the club, it was to see a match and enjoy a pint.

“He got to tick both those things off his wish list and so much more.

“We’d like to sincerely thank everyone at Cheltenham FC, Jonny-Rocks and our Colleagues at Bishop’s Cleeve for making Joe’s dream come true.” 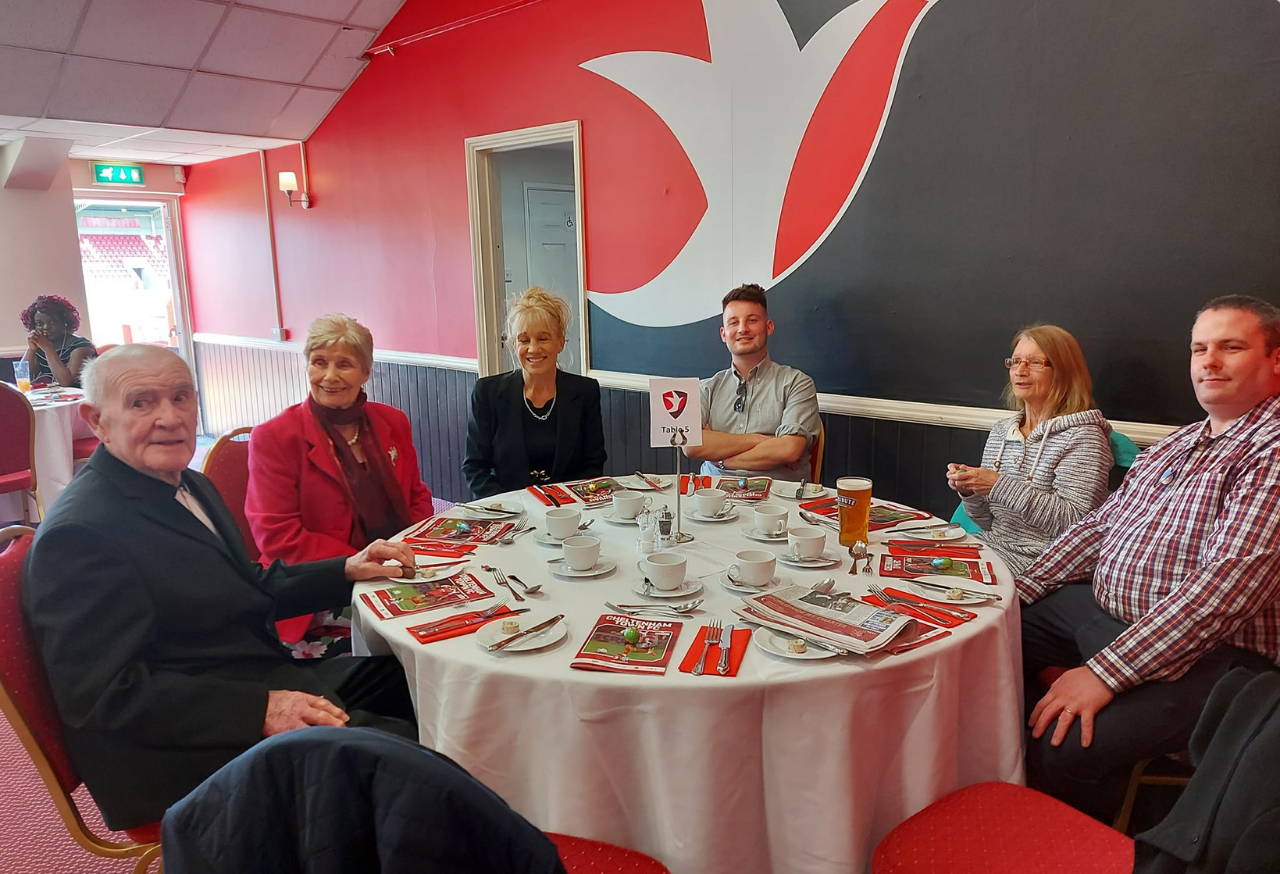