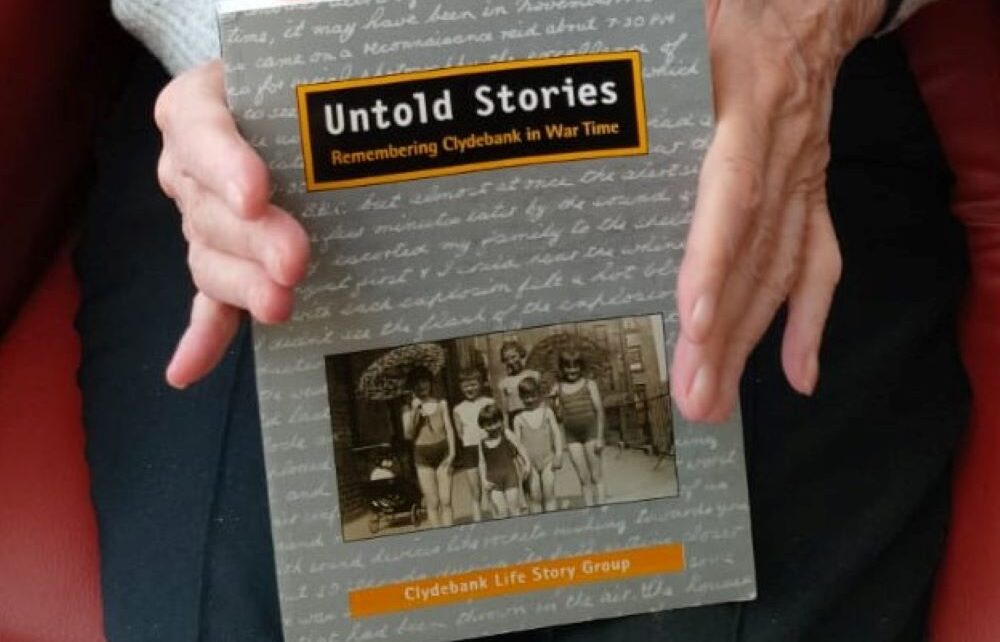 The anniversary of the Clydebank Blitz brought back vivid memories for the Residents of Hill View Care Home.

On 13th and 14th March 2021, the town marked 80 years since the punishing aerial assault that took place during the Second World War.

Activity Co-ordinator Grace Jackson kicked off the conversation by reading some extracts from the book ‘Untold Stories: Remembering Clydebank During Wartime’.

The stories came from ordinary people caught up in the Nazi attacks, and inspired Residents to begin sharing their own memories of the turbulent period.

Resident Beatrice recalled living close to the army barracks during the war and that her street’s air-raid shelter was in the middle of the road.

According to Grace, Beatrice had a very unusual use for the shelter when they weren’t under attack.

Grace said: “Beatrice told us that she used to use the air-raid shelter as a doll’s house!

“It’s incredible to think of children having to get used to aerial bombings but still taking the opportunity to play.

“Many of the Residents here remember the Clydebank Blitz and what it was like during that terrifying time. Their stories were so interesting to hear.”