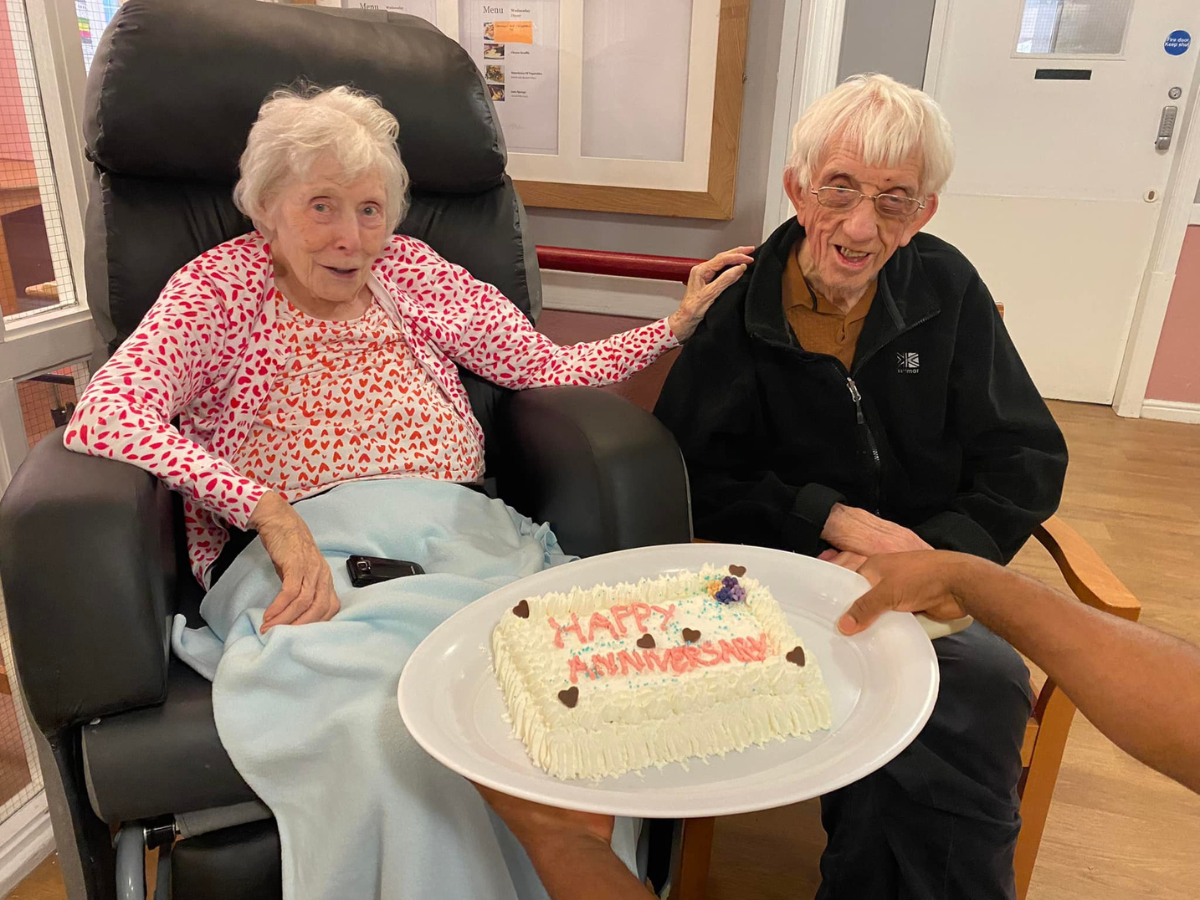 The couple were thrilled to be back together after John moved into Deanfield after a few months in hospital.

It was a wonderful moment as the husband and wife saw each other for the first time.

Activities Co-ordinator Emily Campbell said Chef had baked a cake to mark their milestone anniversary, and Residents gathered to congratulate them.

Emily said: “Margaret was anxious before John arrived but when they saw each other, it was like they’d never been apart.

“It was incredibly moving to see the love and affection between them.

“John was poorly the last time Margaret saw him, so it was a massive relief to see he was well.

“Now they are both living at Deanfield, they’ll be able to be together whenever they’d like.”

Fortuitously, there was live entertainment on Margaret and John’s anniversary, courtesy of another Resident’s son.

John was thrilled when his son John Jnr arrived to perform Scottish folk music for the Home. 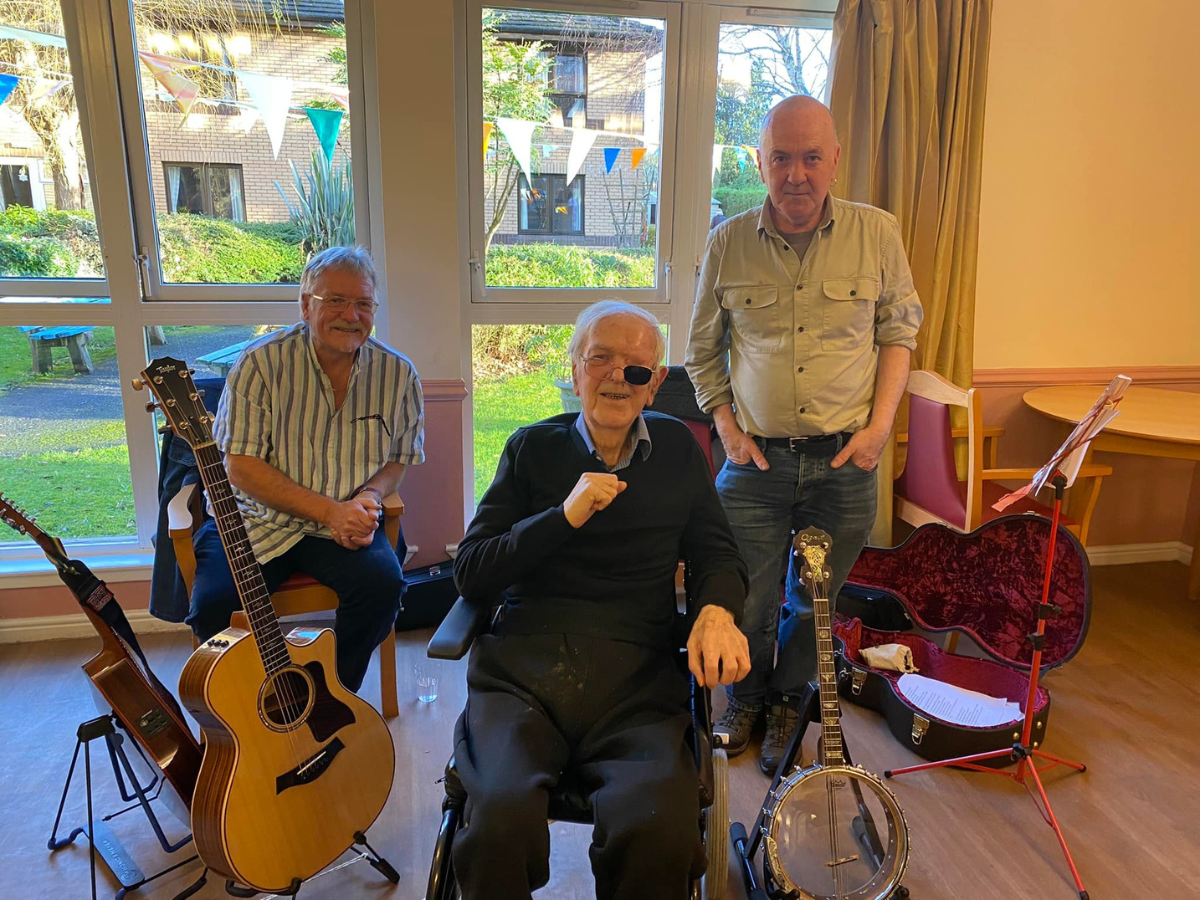 The Residents loved it as John Jnr played for them, as John sat at the front cheering them on.

Emily said: “It was a brilliant set, and we’re thrilled John Jnr was happy to entertain us.

“John kept telling everyone how proud he is of his son, which was really heart-warming!”