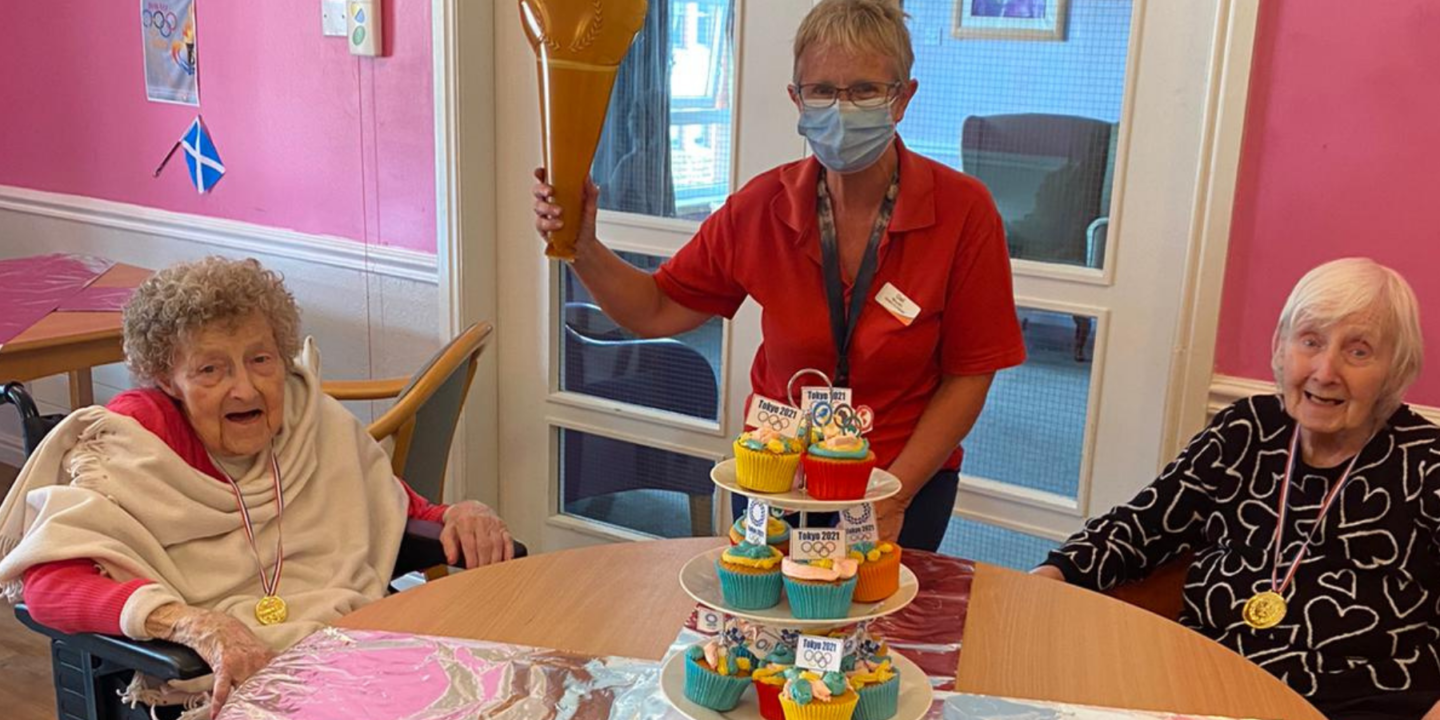 The Residents at Elderslie Care Home took part in a terrific sporting event this summer when they hosted their version of the Olympic Games.

The work began on decorations and props for the occasion during arts and crafts sessions leading up to the big day.

Crafty Residents were supported to create an Olympic flame, winners’ podium, finishing lines and medals for use during their games.

Keen bakers at the Home also cooked up some cupcakes inspired by the Tokyo Games, which were the crowning glory of the buffet table.

Activities Co-ordinator Catriona Gralko and her team recreated popular events from the Olympics, including volleyball, shot put, archery and bowls.

Catriona said: “It was a day to remember for all of us at Elderslie – the atmosphere was fantastic.

“We wanted to get Residents involved with the sporting events, so we tailored them, so they were inclusive and fun to play.

“It was so lovely to see everyone socialising and getting moving together. We got some of the Residents to carry the Olympic torch over the finishing lines we’d put in place.

“The whole event was uplifting and inspiring.”

Residents and Colleagues have been busy cheering on Team GB during the games by tuning into events regularly.

The Olympic Games provided plenty of entertainment for all, whether they were participating or simply watching along. 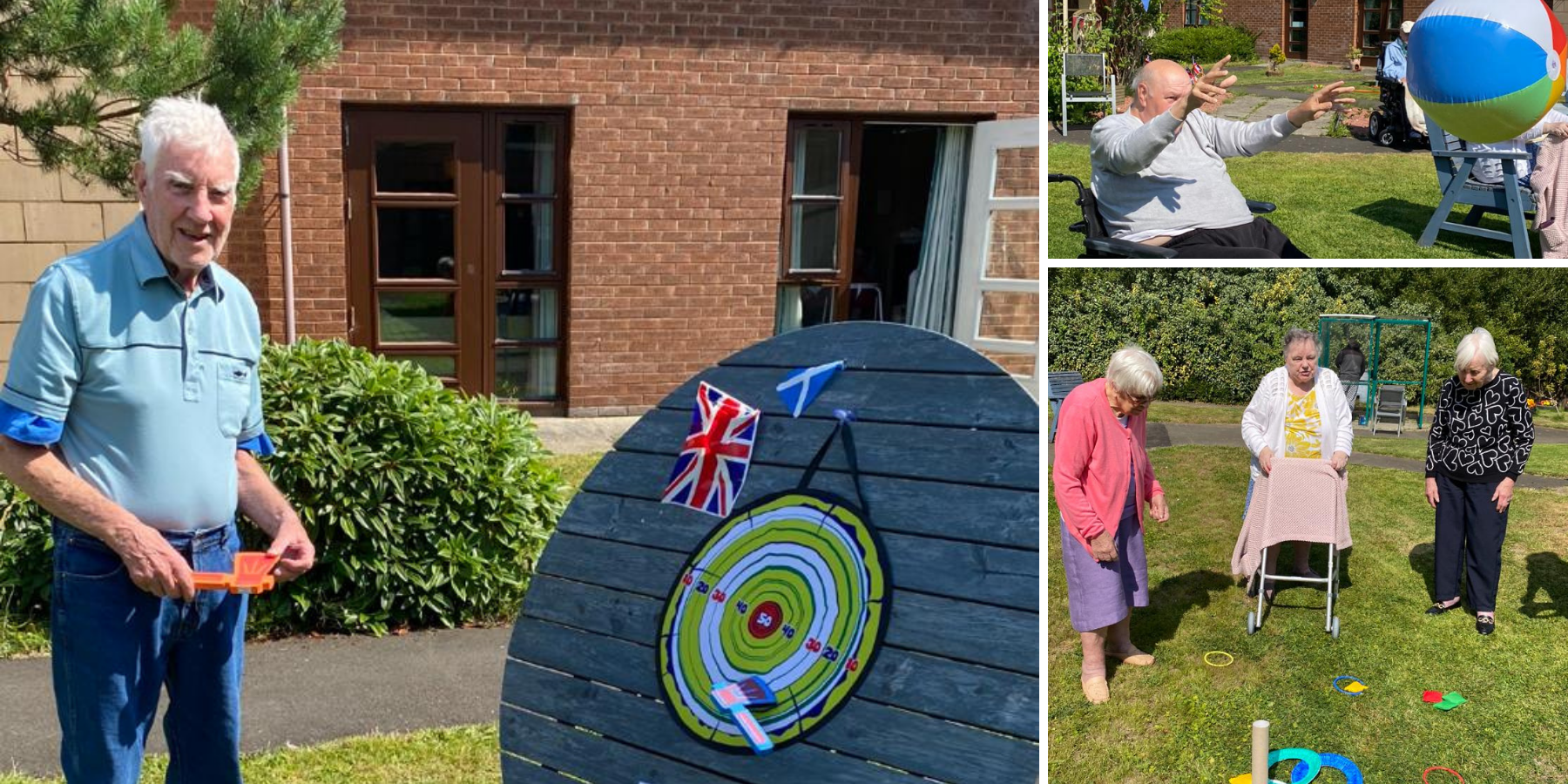