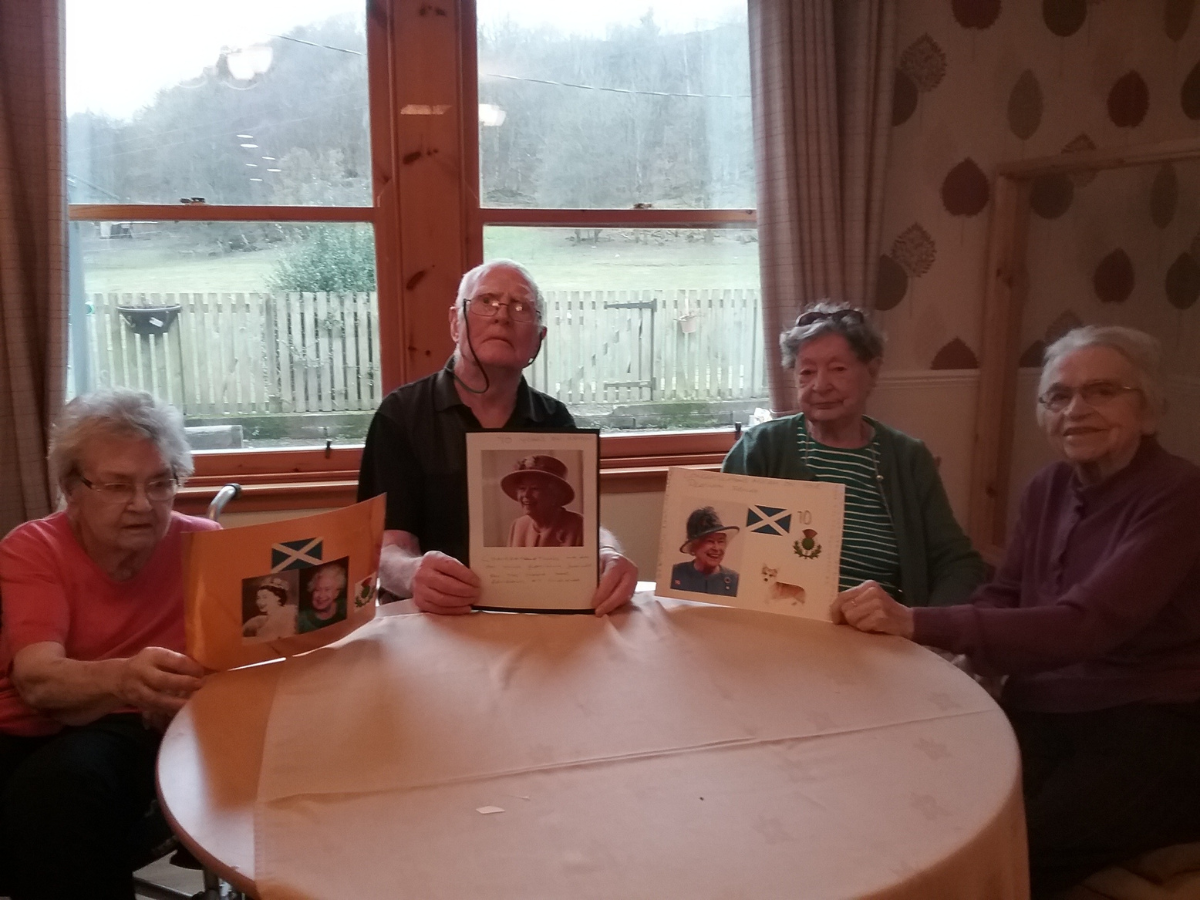 Celebrations for the Queen’s Platinum Jubilee started in style at Goldielea when Residents posted a special card to Buckingham Palace.

Residents sourced a picture of the Queen on her coronation day and put it side by side with a more recent snapshot.

They also added a Scottish flag and thistle to represent the Home and Queen Elizabeth II’s favourite corgi dogs. 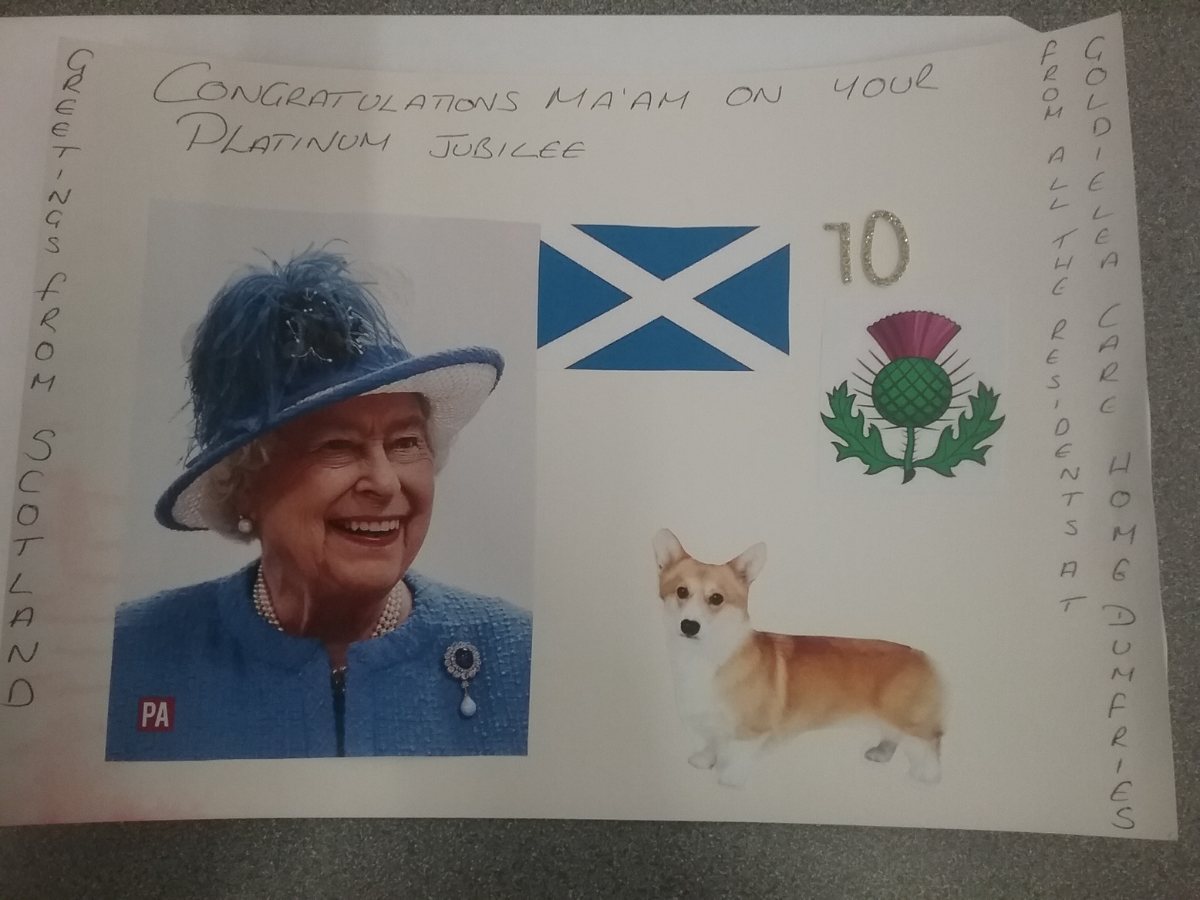 Judy said: “The Residents had a clear idea of what they wanted to picture on the card.

“They all have such wonderful memories of watching the Queen over the years, and they wanted to send their best wishes.

“We’ll be having a street party celebration in June, and so the Residents told her about the plans in the card.

“They wanted her to know that Goldielea will be celebrating with her.”

Plans are already underway for the royal extravaganza in June.

The Residents are doing regular crafting sessions where they are decorating a large Perspex room divider for the occasion.

They are also preparing to bake a special cake.

Judy said: “On the BBC website, they encourage people to make pudding cakes, but here at Goldielea, we wanted to do something different.

“The Queen loves horses, so Residents want to make a horseshoe cake using chocolate buttons at the nails.

“We’ve got plenty of fun things planned on the lead up to the jubilee weekend. It’s going to be a wonderful time for Goldielea Residents.”