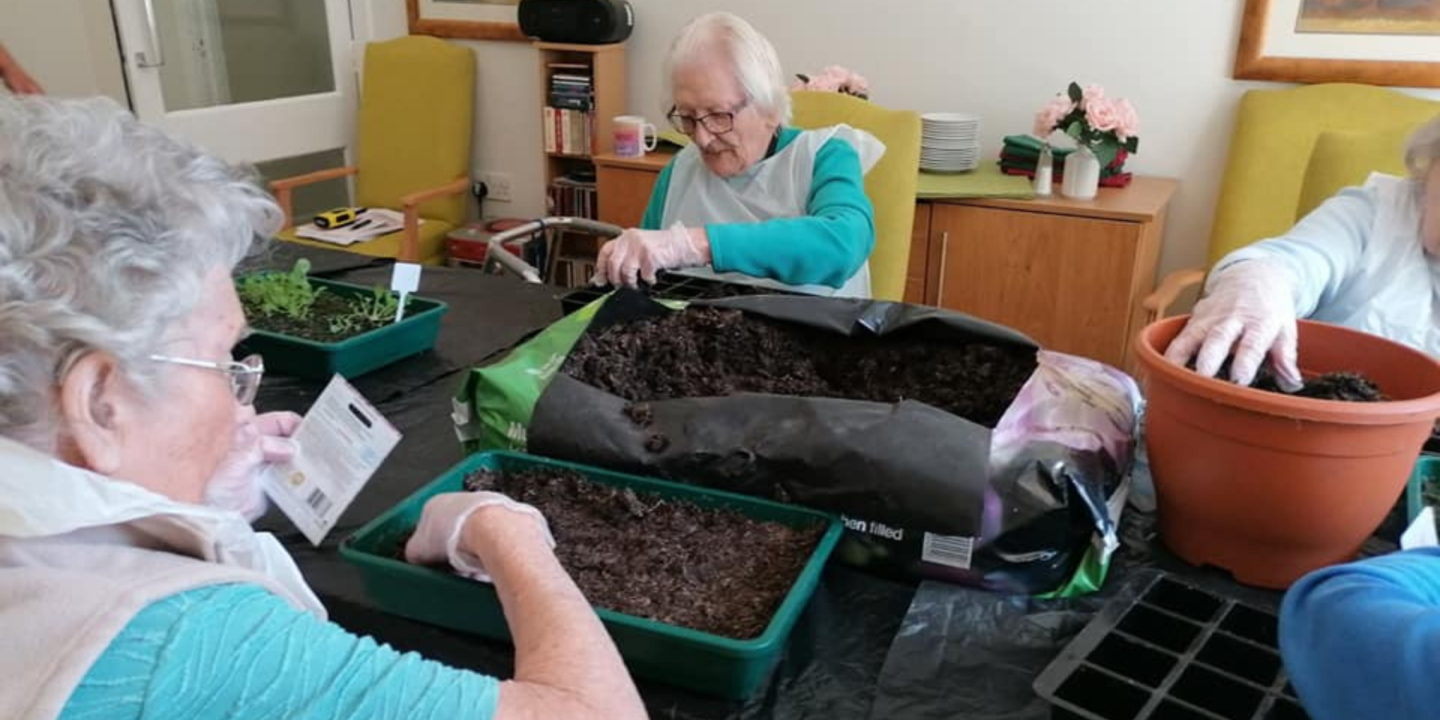 Everyone at the Home was delighted to discover that they’d impressed judge Simon Morris, Advinia’s Non-Executive Director, with their entry.

One of the most vital parts of the competition was getting residents actively involved in the gardening project and making it as inclusive as possible.

According to Simon, both Hammerwich Hall and Braemount deeply impressed him with their efforts to give as many Residents a role in their entry as possible.

Simon said: “The presentations from both Homes were terrific, but I was particularly impressed by the level of teamwork on display.

“Hammerwich worked hard to ensure the planning and potting was an inclusive activity, and it was great to see Residents being at the heart of what they achieved.”

Residents thoroughly enjoyed getting stuck in with the gardening graft, spending happy afternoons potting indoors together and socialising.

Not only were the results tremendous, but firm friendships were also built along the way.

Team Hammerwich Hall has received a £100 gardening voucher prize and can use it to make their 2022 efforts blooming marvellous.