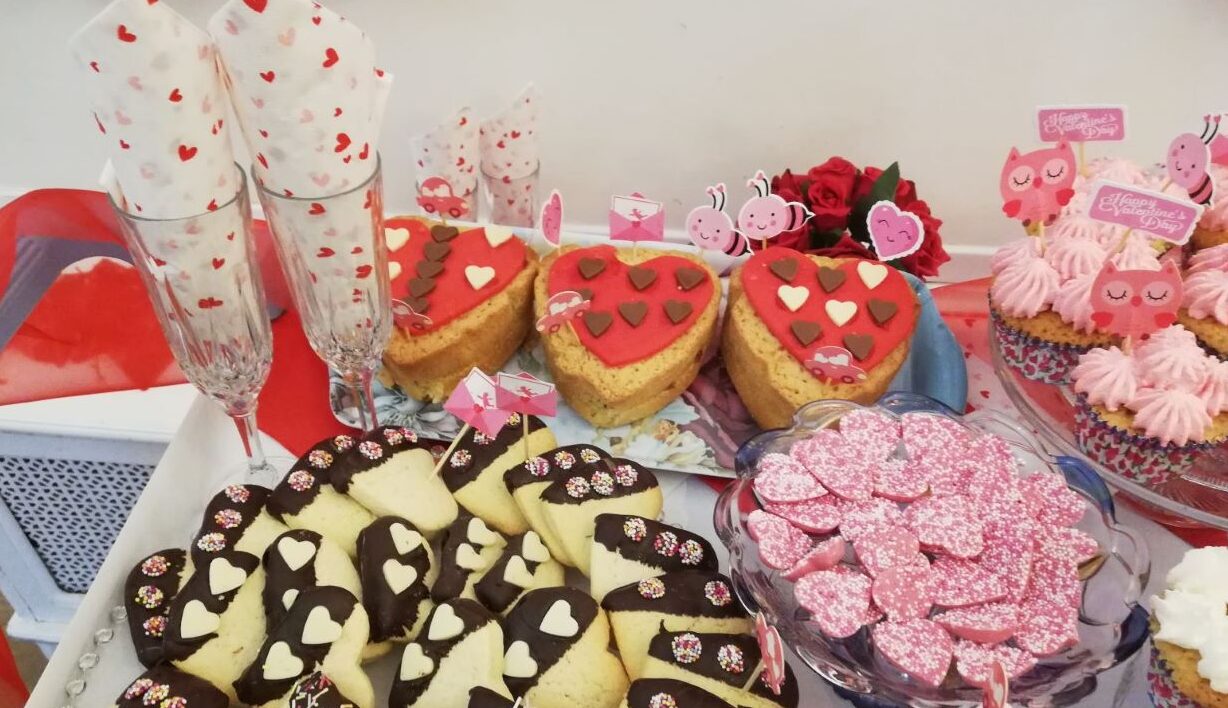 The residents of Hammerwich Hall enjoyed a Valentine’s Day to remember this year – with a special love-themed afternoon tea.

Activity co-ordinator Bev Brown went all out to decorate the dining room with hearts and roses, while cook Jayne Binyon laid on a sumptuous feast of sweet treats.

Residents were welcomed to their tables which all featured a red rose centrepiece and goody bags containing heart-shaped chocolates.

The guests of honour at the romantic event were Hammerwich Hall residents Janet and Frank Poyner, who have been married for 66 years.

The residents joined them in a toast to enduring love as everyone enjoyed a celebratory glass of wine.

“You couldn’t help but feel the love,” smiles Home Manager Erica Neal. “Bev worked so hard to create a wonderful atmosphere with so many thoughtful little details for the residents.

“Jayne’s bakes went down a storm as they looked amazing and were absolutely delicious. Everyone had a good time, particularly Mr and Mrs Poyner, who we made a big fuss of.”

Janet and Frank married aged 21 in 1959 and have been together for more than six decades. They moved into Hammerwich Hall together in June 2019 and have been living there happily ever since.

When we asked them the secret to a long and happy marriage, they had some words of wisdom.

“We are very close as a family and always there for each other no matter what.” Enthused Janet. “I do love him very much.”

Frank was equally complementary, “We have our ups and downs but always say ‘I Love You’ and we never go to sleep on an argument, it’s all about give and take.”