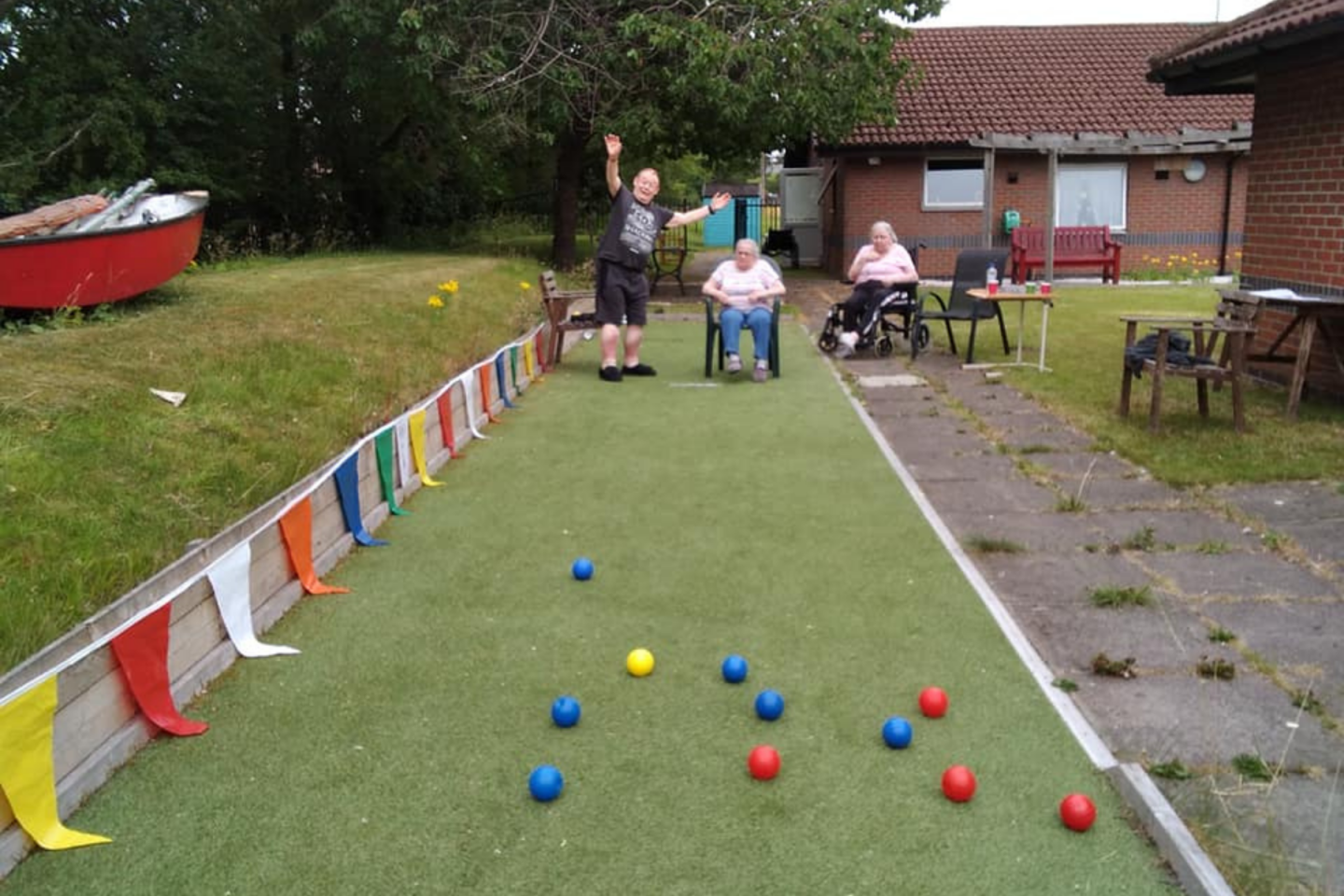 Olympic fever came to Hill View Care Home this summer as they hosted their version of the 2021 Tokyo Games.

Residents and Colleagues worked together to create arts and crafts for the occasion, including the infamous Olympic rings and medals.

On the day of the Hill View Games, the Home was adorned with decorations, and finishing lines were put in place for different events.

Residents took part in carrying the Olympic flame across the various finishing lines before Activities Co-ordinator Michael Gallagher began the events themselves.

There were shotput, javelin, discus and boules competitions, where Residents went head-to-head to take home gold.

According to Michael, it was a brilliant opportunity to celebrate the world’s greatest sporting event and get Residents moving.

Michael said: “Hill View’s Olympics were a terrific celebration of the spirit of the games.

“We wanted to recreate what was happening in Tokyo with a twist and to include as many Residents as possible.

“Our competitors threw themselves into the events, and my Colleagues enjoyed getting involved too.

“It was an excellent opportunity to combine physical exercise, mental stimulation and promote social interaction.

“It was a fantastic day for us all.” 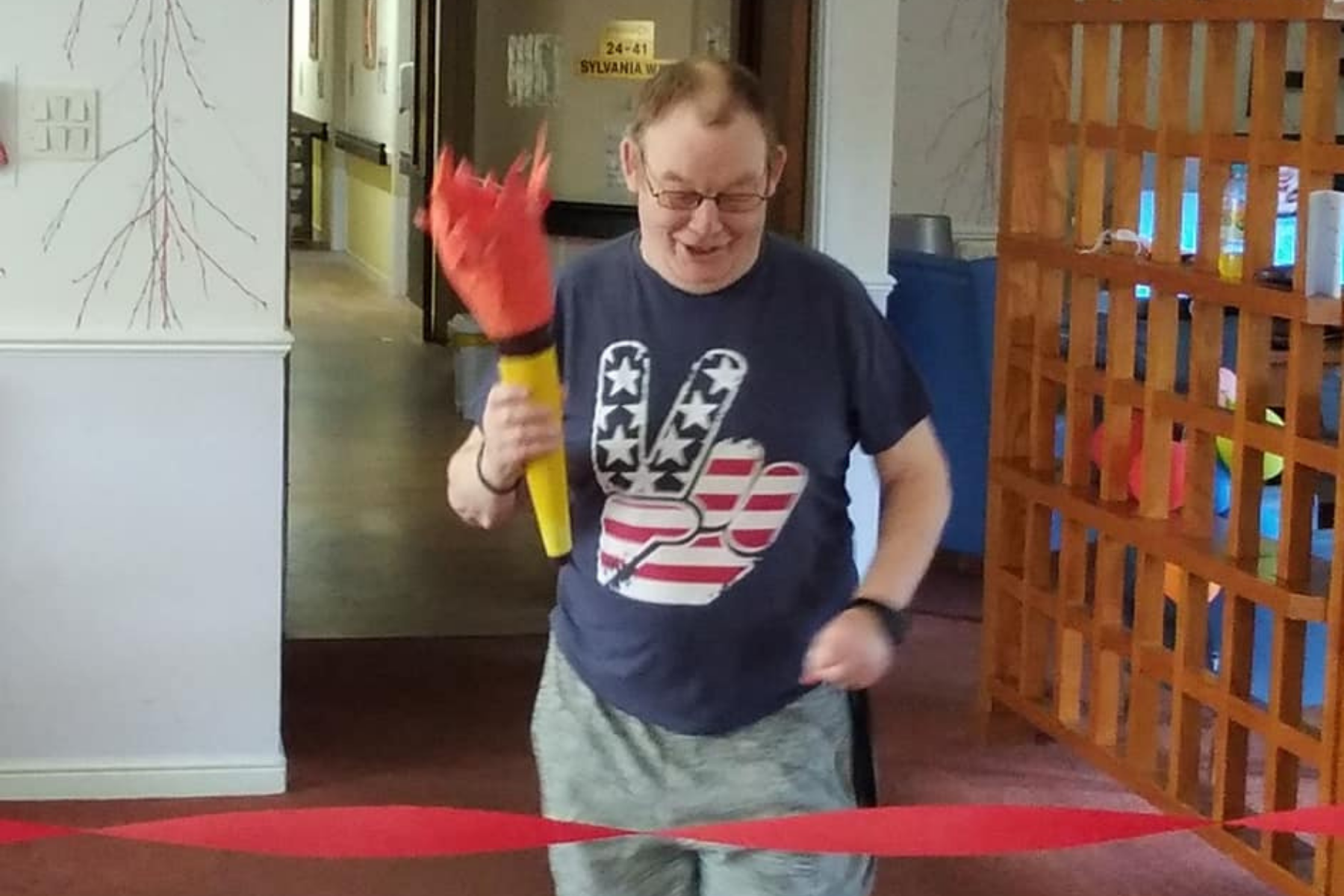