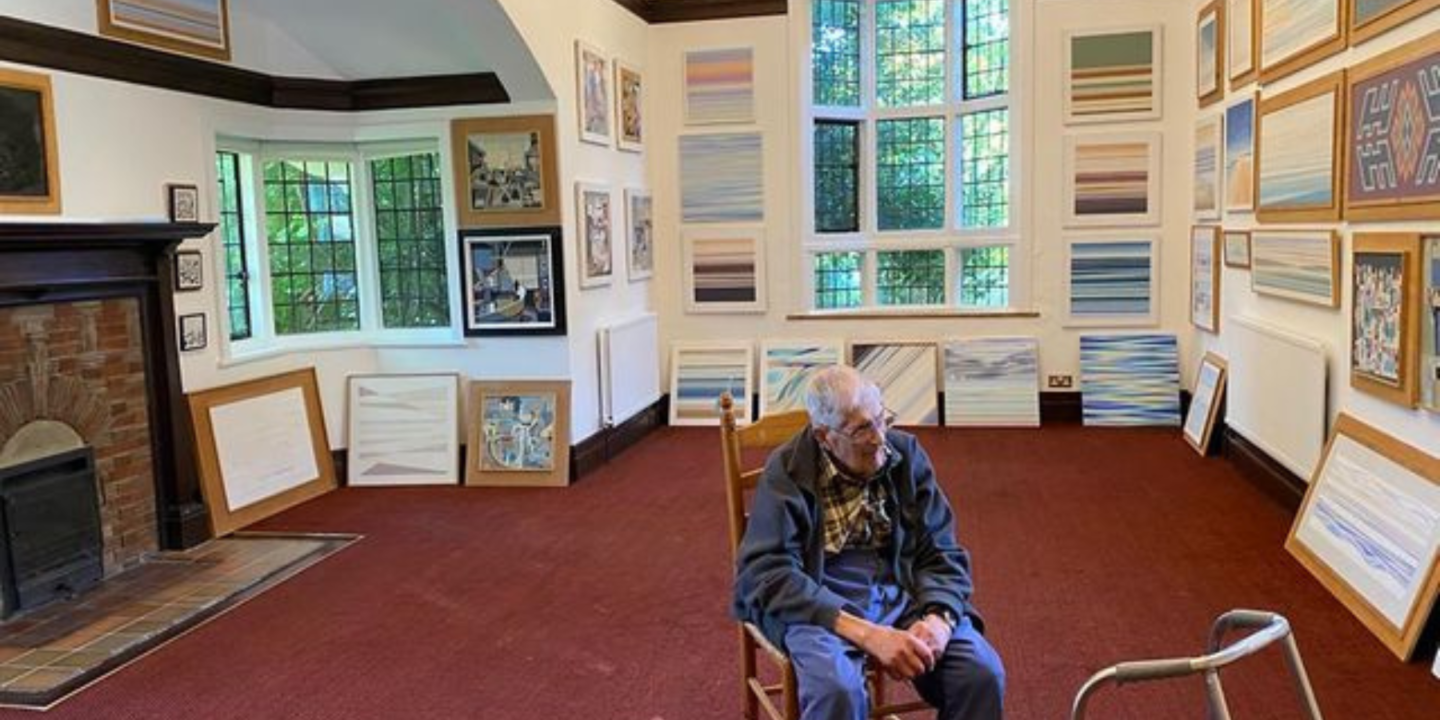 The opening of Maycroft Care Home’s new art centre is to be dedicated to late artist Peter Stone as Residents and Visitors are invited to experience his incredible legacy.

Lynn suggested that Peter – an acclaimed artist and ex-Headmaster at Meridian School – could teach classes when he moved to Maycroft and he agreed.

Art Room 1 opened in early 2021, where Peter worked with Residents and visitors in the studio.

The second room, which houses Peter’s work, art books and collection of creative resources, will be opened in early 2022.

Home Manager Lynn said it’s bittersweet to open the centre on his behalf, just weeks after he passed away.

Lynn said: “It is hoped it will open in February 2022 when the final pieces have been placed as Peter wished. We want future generations to enjoy his work and love of art.

“The art centre is housed in our listed building within the Home grounds. It will be followed through to completion by the team here.

“When I visited Peter in his bungalow [before he came to live at Maycroft], I admired his work in his art studio. I suggested that while he was at Maycroft he could teach the other Residents.

“Peter then planned and directed the  project, which he witnessed nearing completion before his death.

“Peter was a very unique individual – and we look forward to opening The Meridian Maycroft Art Centre on Peter’s behalf.

“Not everyone starts a new project later in life, but he did and had great success with it.”