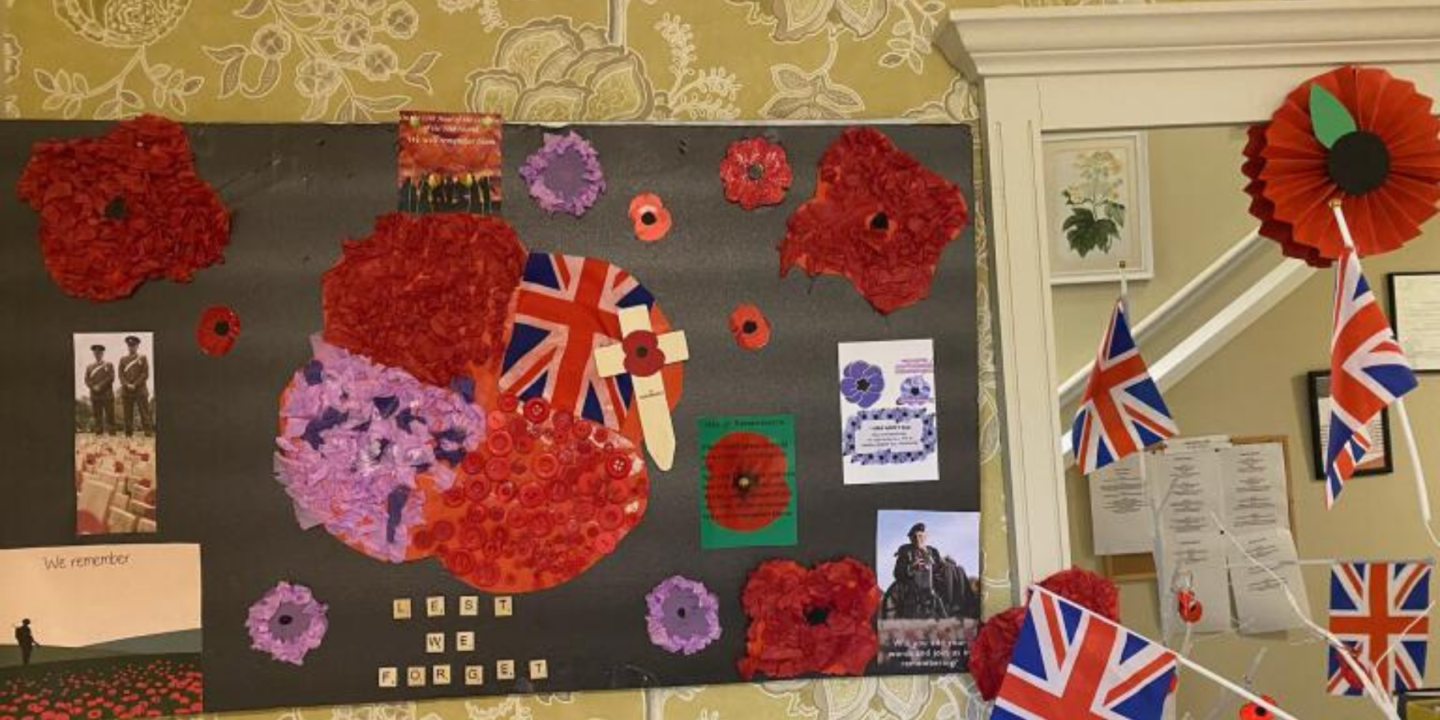 The Residents at Maycroft commemorated Remembrance Day 2021 by creating a collage honouring our fallen heroes.

Activities Co-ordinator Jayne Paxton led crafting sessions across weeks so many Residents could contribute to the group installation.

This year, Jayne wanted to bring a different dimension to the activity by including the heroic animals who lost their lives in combat as well.

So, the collage featured the purple flowers that signify the animals and the traditional red poppies.

Jayne said: “Remembrance Day is a very important annual event for the Residents at Maycroft.

“Each year, we find ways to honour the sacrifice of those brave men and women, and this year we wanted to bring our animal heroes into the collage too.

“The purple flowers represent them, and we’ve used different materials to create our large poppy, including buttons, tissue paper and flag fabric.

“We also used a new technique using balloons to print the poppies onto pictures that will be sent as gifts to Residents’ families.”

The Residents all worked on different display elements and were happy to see the terrific result once everything was put together.

According to Jayne, visitors to Maycroft have remarked on the impact of the collage too.

Jayne said: “We’ve had some wonderful comments, and it’s meant a lot to the Residents.

“When we were working on different elements, they weren’t too clear on how it would look once everything was put together.

“When they saw the finished collage, their eyes lit up – which was a very special moment for us all.

“We wanted to pay our respects with a piece that really stood out. I’m hoping that’s what we’ve achieved.” 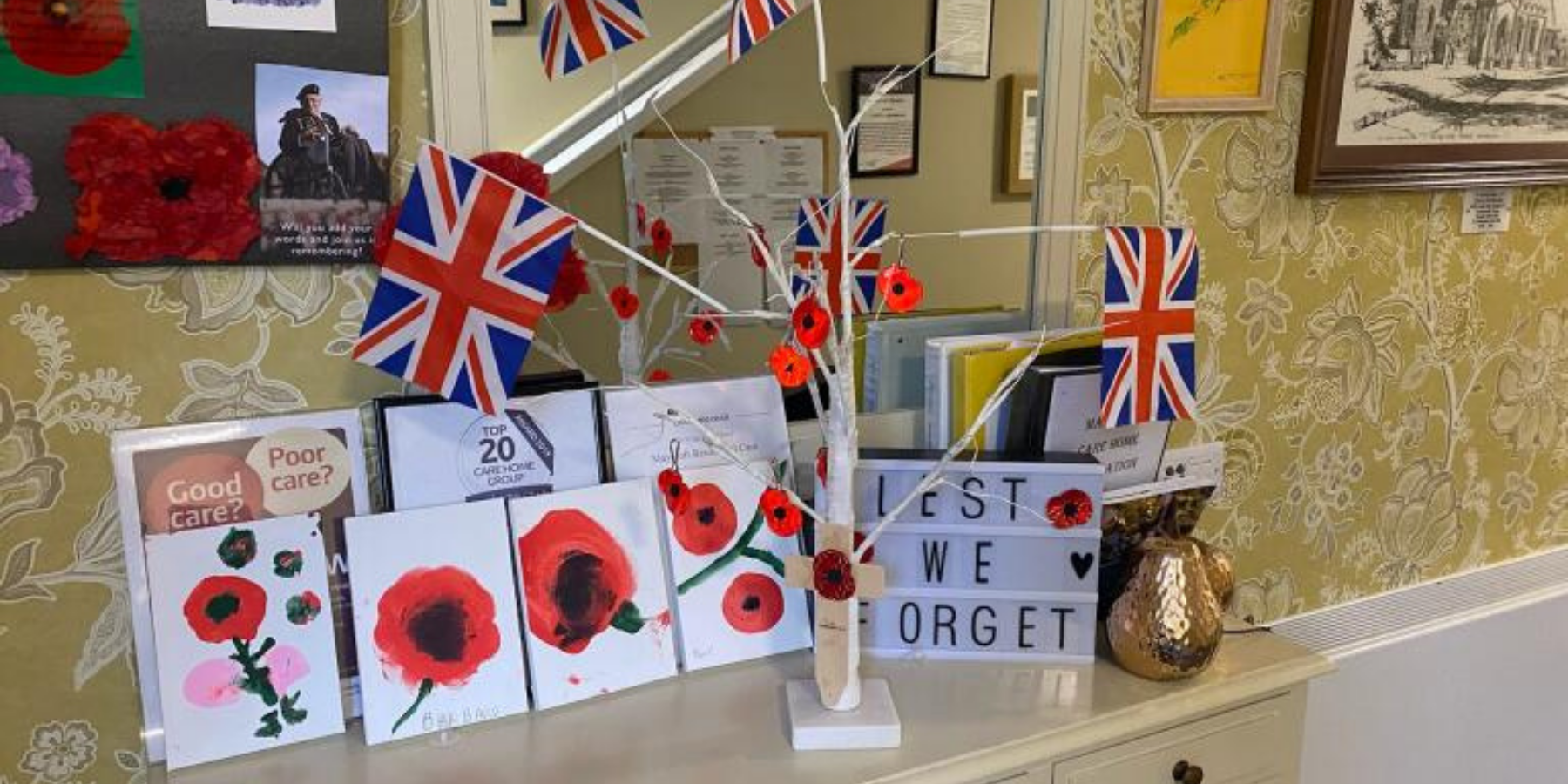