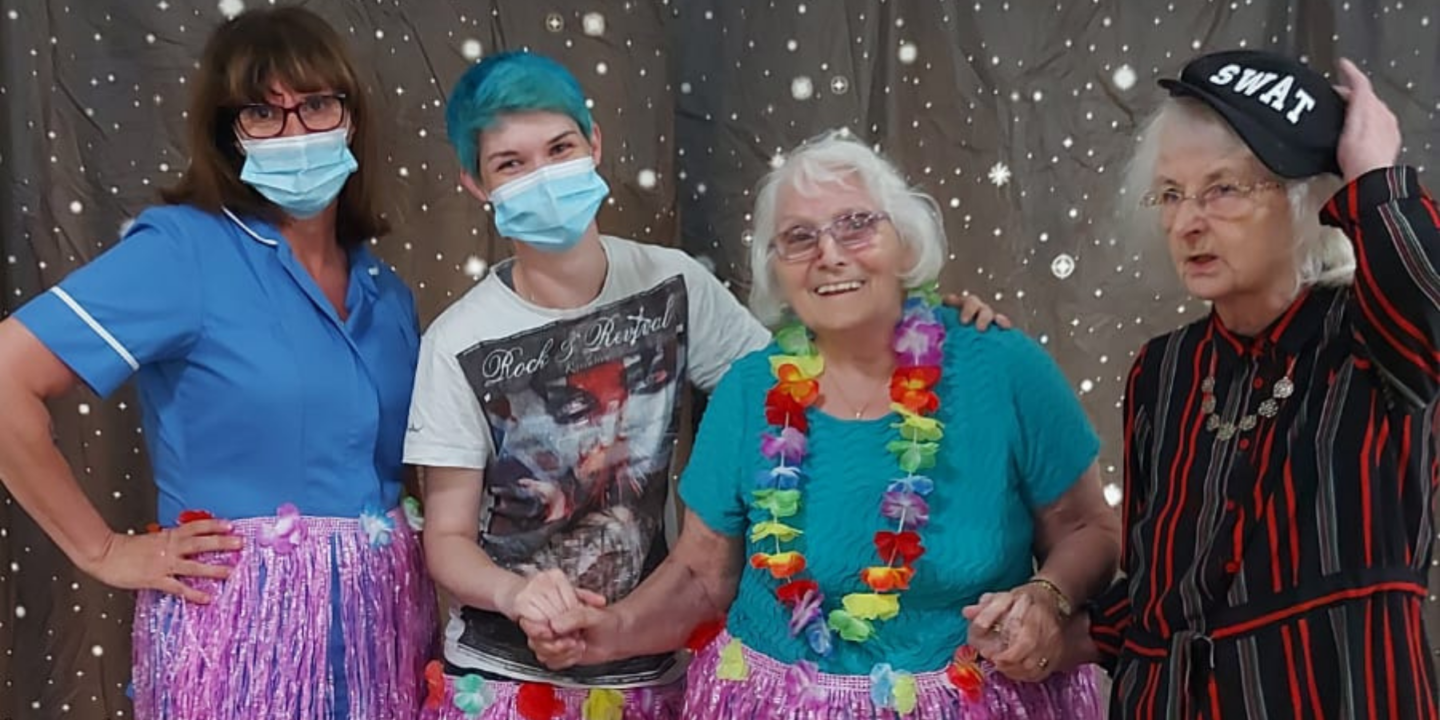 An afternoon of singing, fancy dress and party food was just the tonic that Residents on Mill View Care Home’s Atlas unit needed this summer.

Care Colleagues came up with the plan for a music-filled event that would get Residents moving.

After getting out the fancy-dress box, Colleagues handed out a variety of bright costumes so Residents could choose their outfits.

Nikita said: “It was such a fun afternoon – Residents love a bit of karaoke.

“Residents were singing and dancing along, and it was fab to see them with big smiles on their faces.

“It was the perfect afternoon for a bit of fun and laughter.”

Colleagues wanted to ensure that everyone had a good time, especially as not all Residents get visitors coming to see them.

Some Care Workers, including Nikita, stayed on past their shift ending to support the team and keep the party going.

Nikita said: “It’s so important to boost morale and make sure Residents get to have enjoyable times like this.

“Even Residents who usually stay in their rooms and don’t normally participate in activities chose to join in.

“We’ve already had Residents asking when the next karaoke party will be.”