Newcarron Singer Inspires Magical Moment Between Resident and Her Son 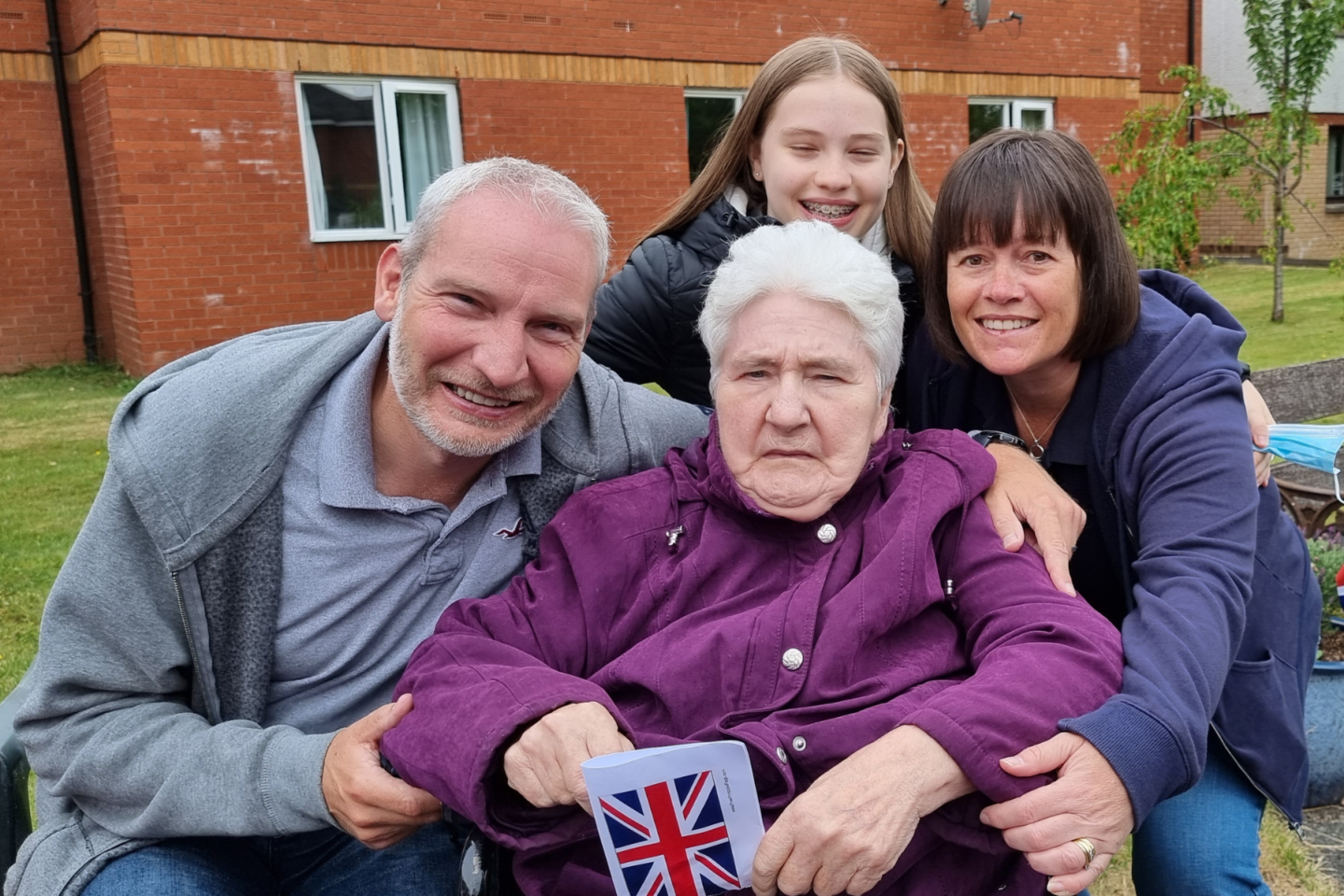 The power of music sparked an unforgettable moment between a mother and son at Newcarron Court this summer.

Singer Sharon Stevens performed folk songs and classics for Residents in the Home’s first outdoor concert since the pandemic.

Her set was part of a special Olympics-themed event at the Home, where the team threw their own opening ceremony to celebrate the sporting giants in Japan.

There were handmade Olympic torches and rings, as well as medals all created by Residents during arts and crafts sessions.

As with all great opening ceremonies, music was an integral part of the celebrations.

Resident Cathy and her family were among those who came outside to enjoy the terrific performance.

The group enjoyed singing along and dancing before Cathy returned inside and took a moment to say something that moved her son to tears.

Activities Co-ordinator Hazel Phillips said it was the cherry on the cake of a magical day.

Hazel said: “The atmosphere at Sharon’s concert was amazing – you could feel the happiness radiating from the Residents.

“Music is such a powerful force in all our lives, and particularly for people living with dementia.

“When Cathy’s son took her back inside, she turned to him and said, ‘I love you’. It moved him to tears because it was the first time in a very long time that his mum had spoken to him directly.

“For Sharon’s performance to engage Cathy like that and inspire her is so heart-warming.”

Sharon sings old standards and classic songs, which were a huge part of early life for the older generation.

Those songs can often spark memories for people living with dementia, as the condition doesn’t affect the part of the brain that remembers lyrics and music.

Hazel added: “Sharon’s concert was a treat for us all, and it was a special day here at Newcarron.

“We can’t wait to welcome more talented musicians to sing for us at the Home.” 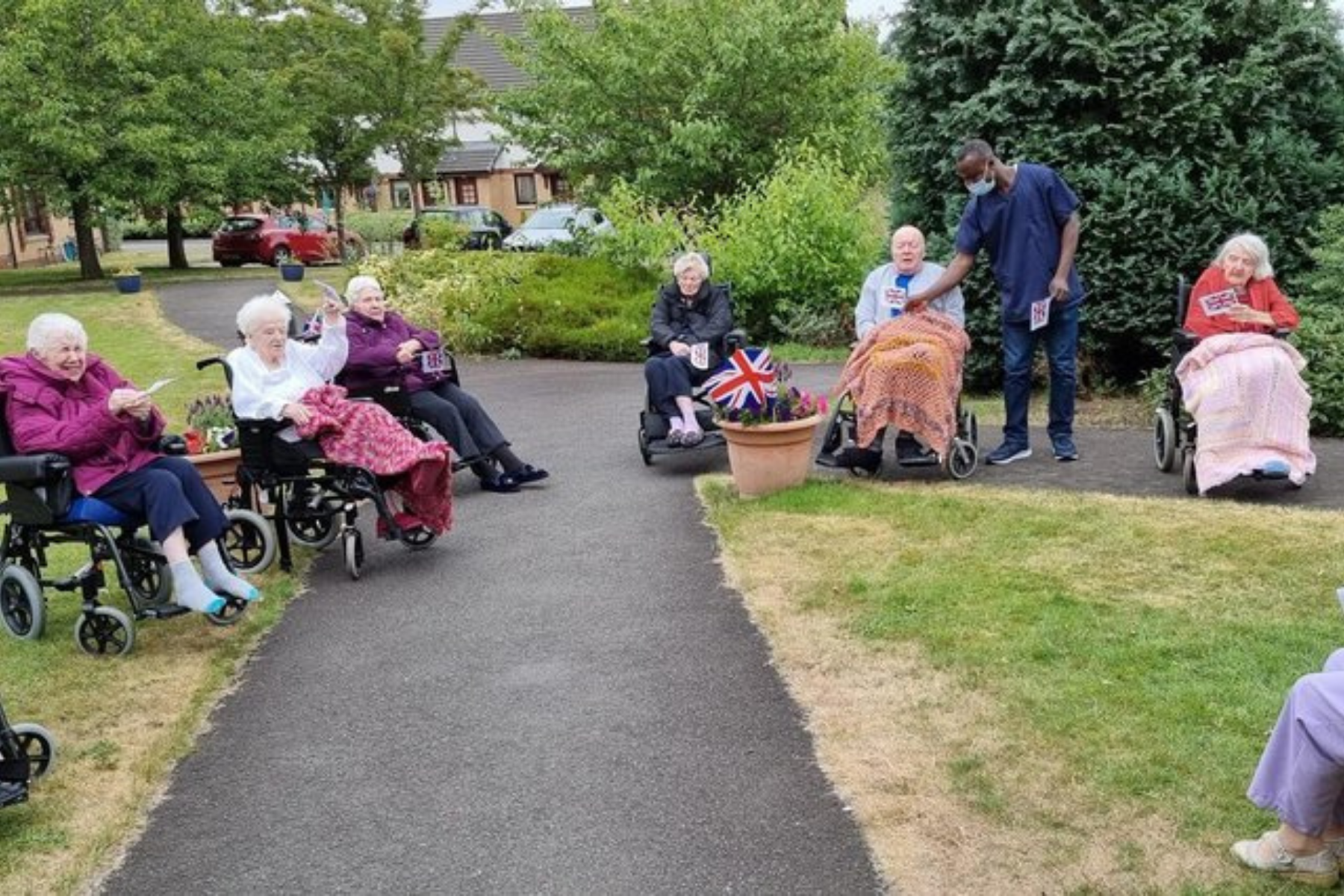