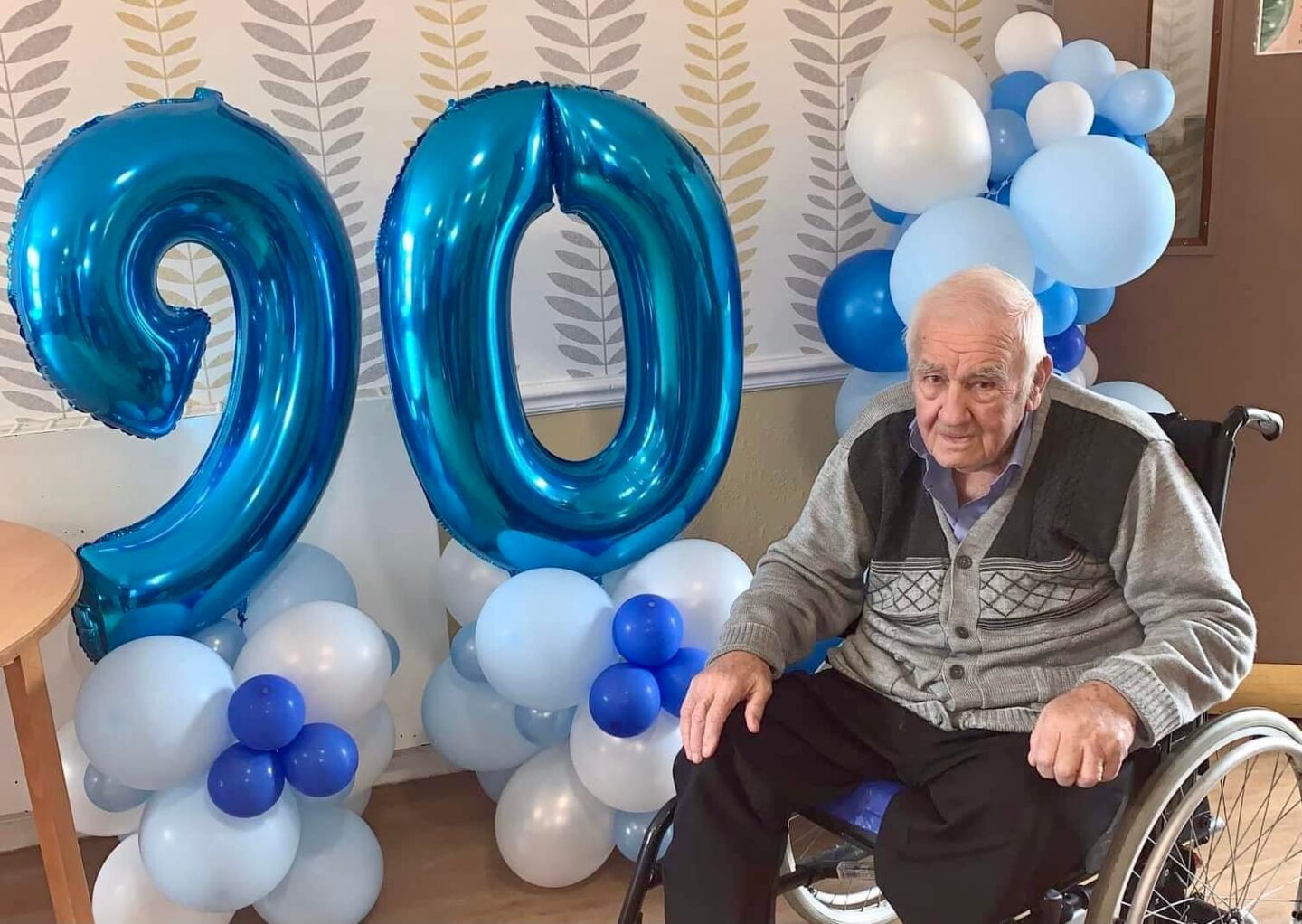 The Residents of Norwood were on song this Spring as they helped Robert celebrate his 90th birthday.

As the milestone occasion approached, Team Norwood started thinking about how to mark Robert’s big day.

His beloved family had already put plans in place to take Robert to the local club for celebration drinks together.

So, Activities Co-ordinator Annemarie decided to hold a private disco with sing-a-long songs for the Residents too.

Annemarie said: “Robert is a quiet, shy man, but we couldn’t let him turn 90 without a bit of a fuss.

“We have a musical machine that has disco lights included, and the Residents love what we call our Norwood ‘private disco’ sessions.

“They love it when we play the songs they enjoy singing, such as ‘It’s a long way to Tipperary’ and ‘Sam the Skull’.

“Some Residents get up and dance along, while others enjoy moving to the music in their chairs instead.

“It’s a good way to improve their mobility and be inclusive so all Residents can enjoy the activity.”

Of course, the most important song of the day was ‘Happy Birthday’ for Robert.

Residents gathered in the dining room to give him a rendition of the infamous tune and toast his birthday at Norwood.

There were blue and white balloons – including a special inflatable ‘9’ and ‘0’ just for the birthday boy himself.

According to Annemarie, a great time was had by all – especially Robert.

Annemarie said: “It was lovely to see what a good day Robert had.

“Then we were able to celebrate with him too, which was nice for all the Residents.

“We love a chance to host a private disco, and Robert’s birthday was the perfect opportunity.”