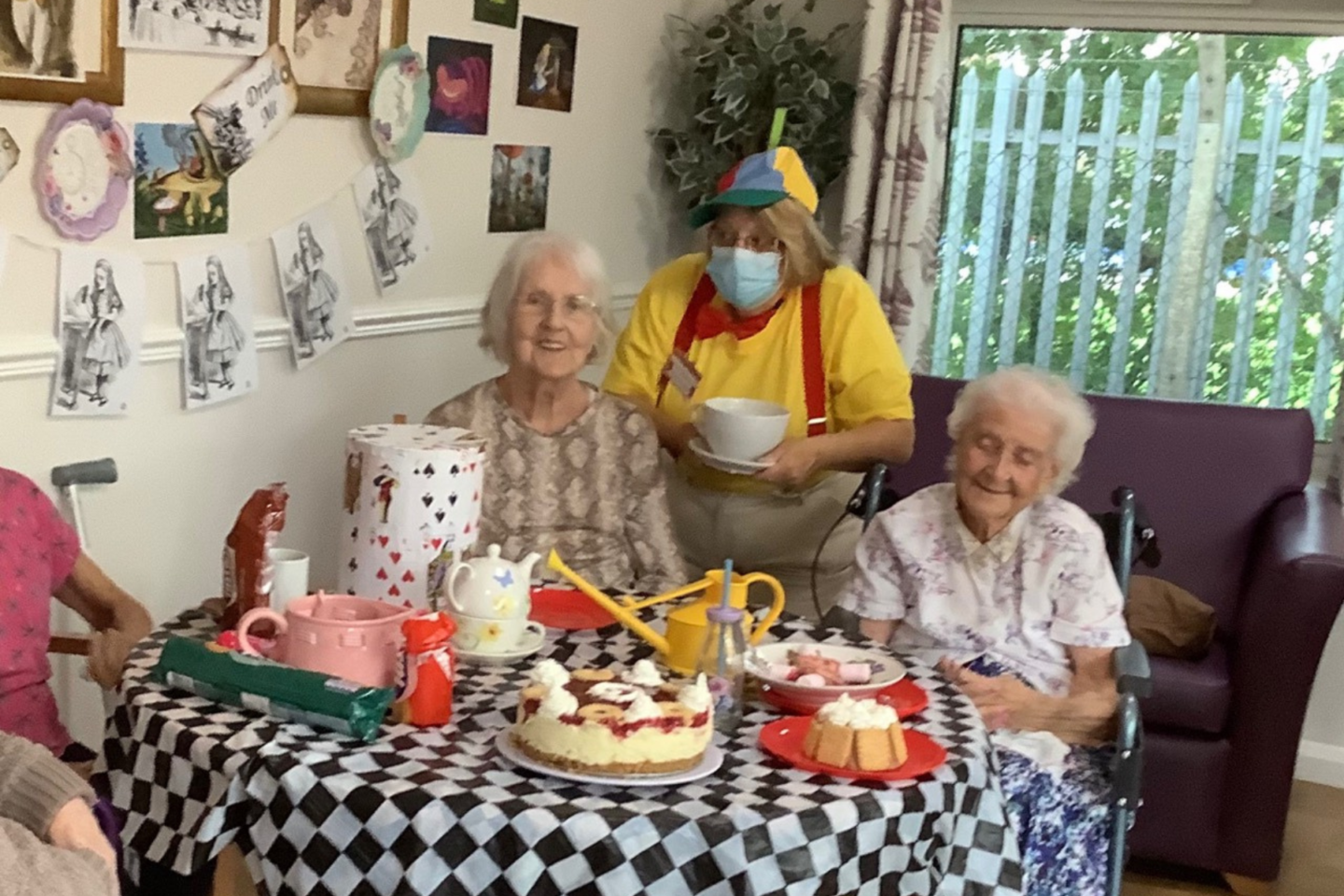 The terrific combination of sweet treats and classic movies has delivered a show-stopping month of afternoon teas to Parklands Court.

Inspired by the National Activities Provider’s Association (NAPA) and their partnership with McVitie’s, Colleagues have laid on four fancy teas with a film theme.

Biscuit giant McVitie’s have donated boxes of their Tasties range of biscuits for Homes to use as part of the fun.

According to Patricia, Residents had a great time getting in the circus spirit for their treat. 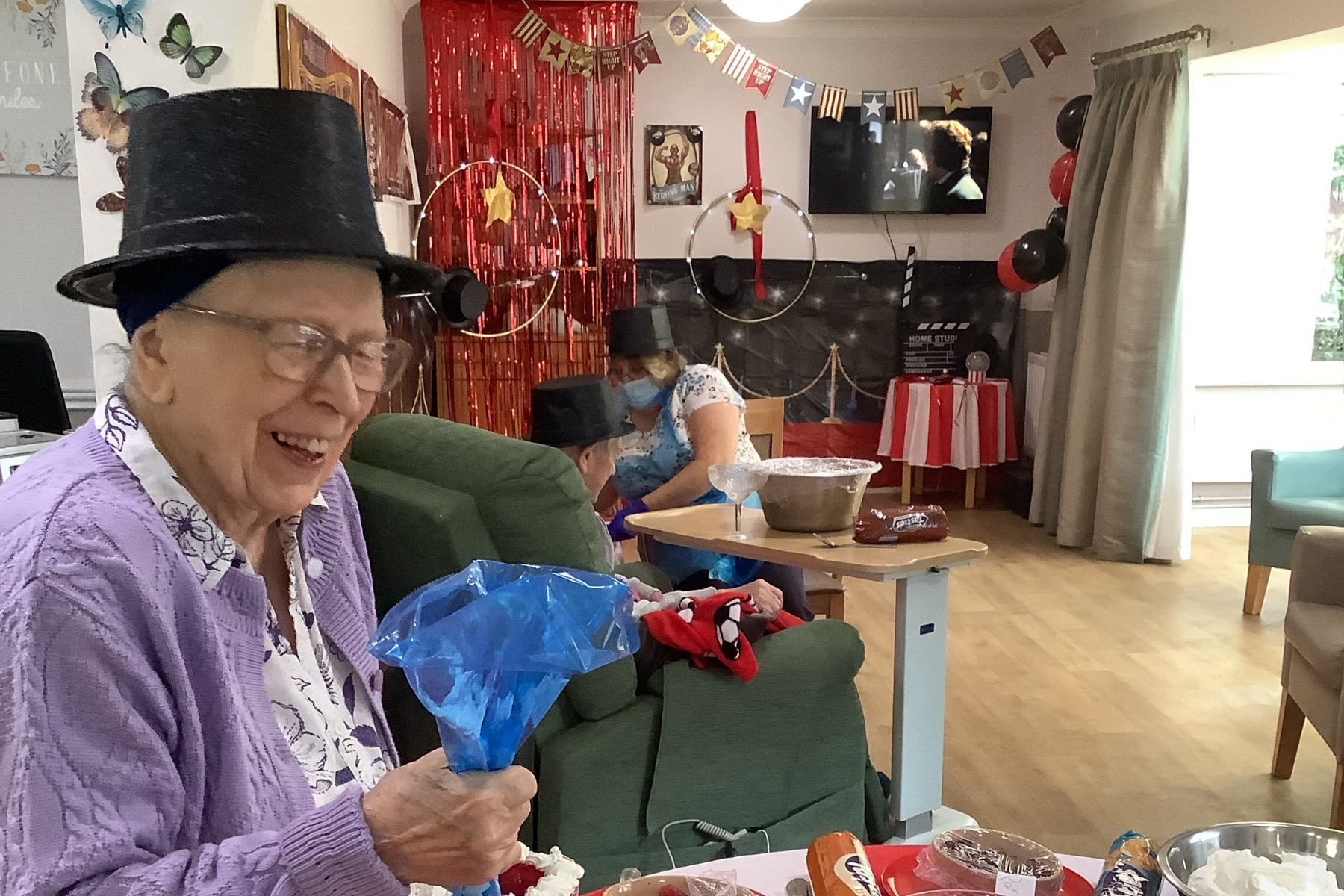 Patricia said: “Everyone loves The Greatest Showman, so it was great fun to transform the unit into that world.

“We had the terrific soundtrack playing throughout the afternoon tea, and we watched the film together as well.

“It was lots of fun to get creative with the décor and the design of the sweet treats.”

Next up was a visit to Wonderland as Alice and her friends became the focus of the second October afternoon tea.

Patricia said: “We dressed up as Tweedle-Dum and Tweedle-Dee, which the Residents thought was hilarious.

“Part of the McVitie’s challenge was to find creative ways to decorate the biscuits, so we got everyone involved with doing that.

“Alice in Wonderland was a big favourite amongst the Residents’ children, so they were reminiscing about reading the story at bedtimes years ago.

“We finished the afternoon tea by having some liquor coffees, which went down a treat.”

The final two themes are Hawaiian and Halloween, which promises to give the Home’s Activities Colleagues plenty of inspiration.

Patricia added: “The Residents have told us how much they’ve enjoyed the afternoon tea experiences, and it’s been lovely to get creative and keep them entertained.” 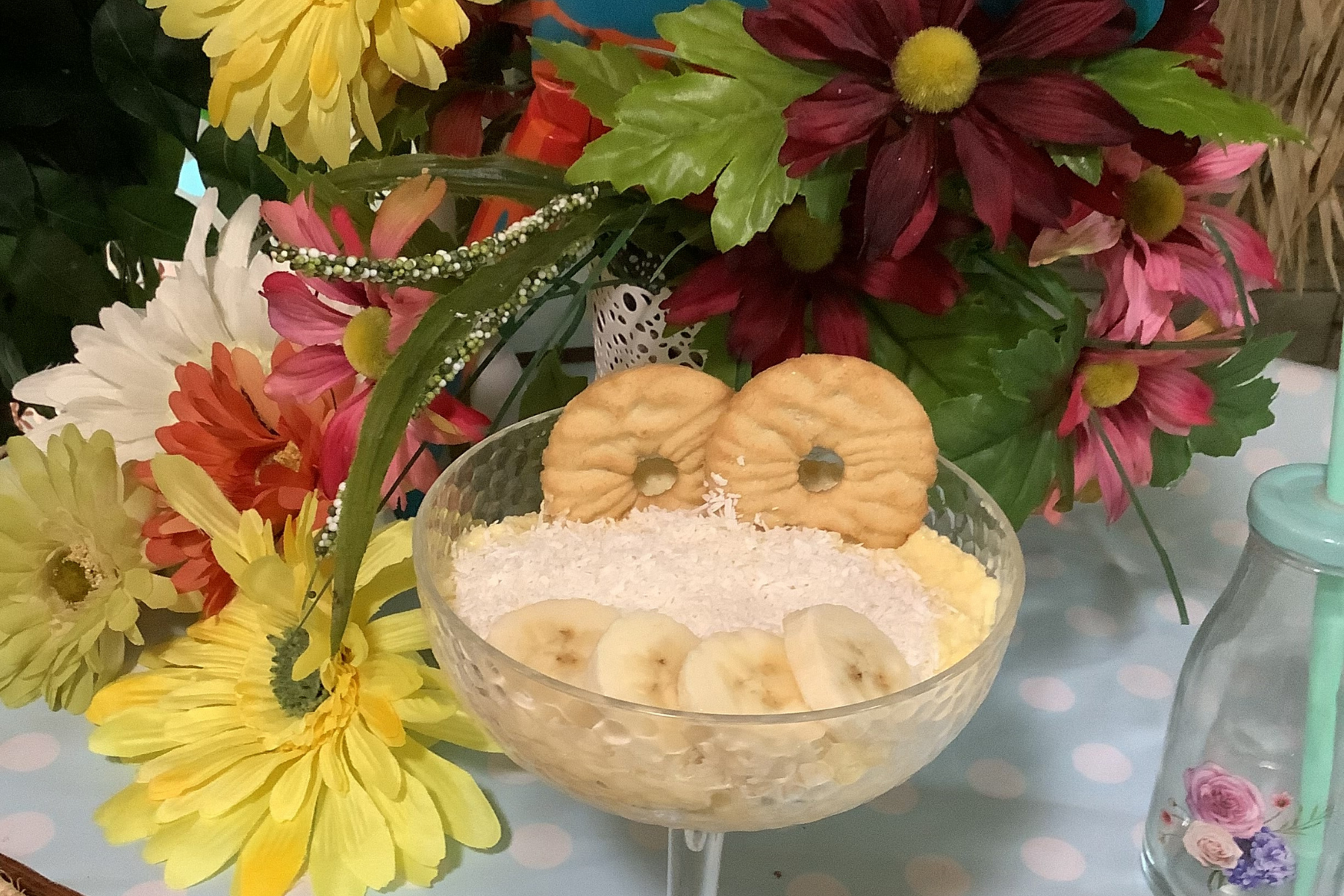