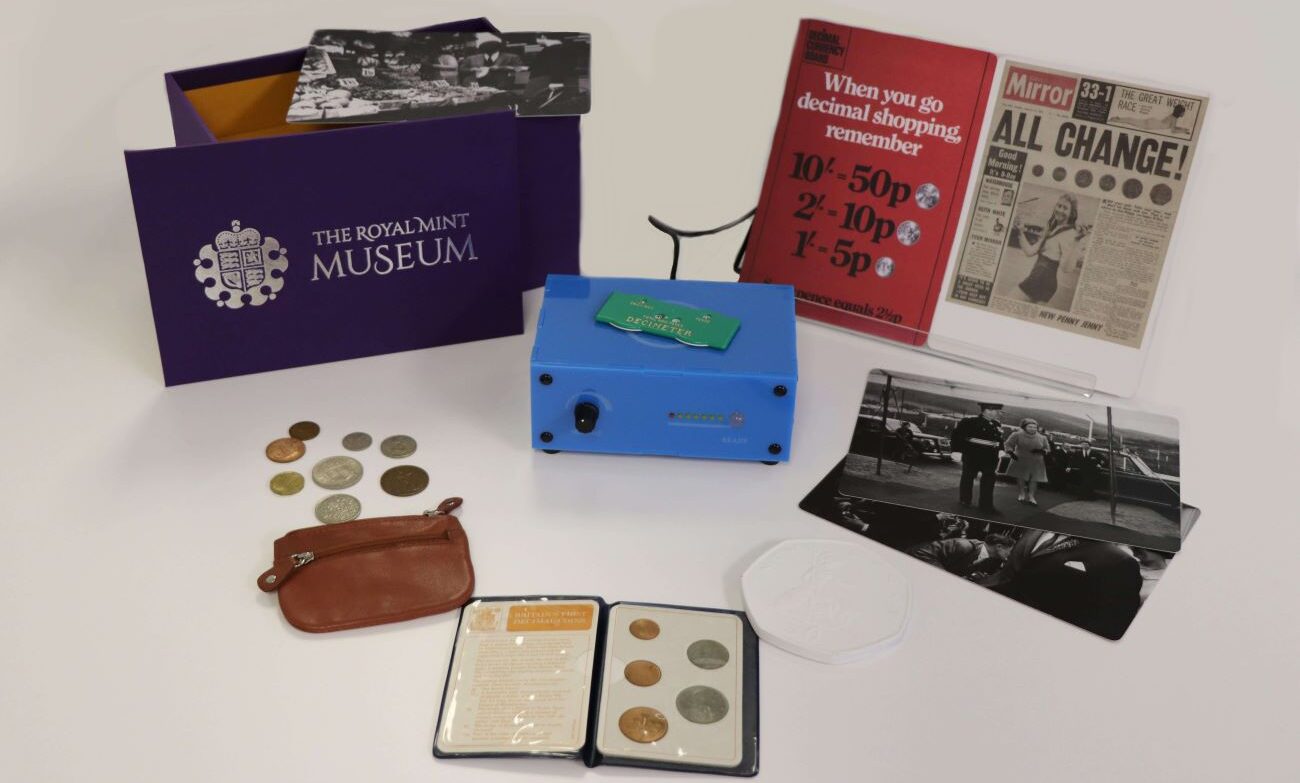 The Royal Mint Museum took Rutherglen Residents on a nostalgic journey this February with their interactive ‘museum in a box’.

In February, the UK marked 50 years of decimal currency, and the box took Residents back to the momentous switch in 1971.

Residents were enthralled by the box’s contents, which included pre-decimal coins, photographs, newspapers from the day and decimeter.

Better yet, each object was fitted with a microchip and played an audio commentary about its history.

Maureen said: “The Royal Mint Museum provided us with a wonderful resource to inspire the Residents.

“It was fascinating to put the pre-decimal coins in the decimeter and find out their worth, to hear about how much Residents earned in their first jobs and what it was like to go decimal.

“The photographs and newspapers told such interesting stories, and hearing the Residents swapping their memories was fantastic. It was a lively and fascinating session.”