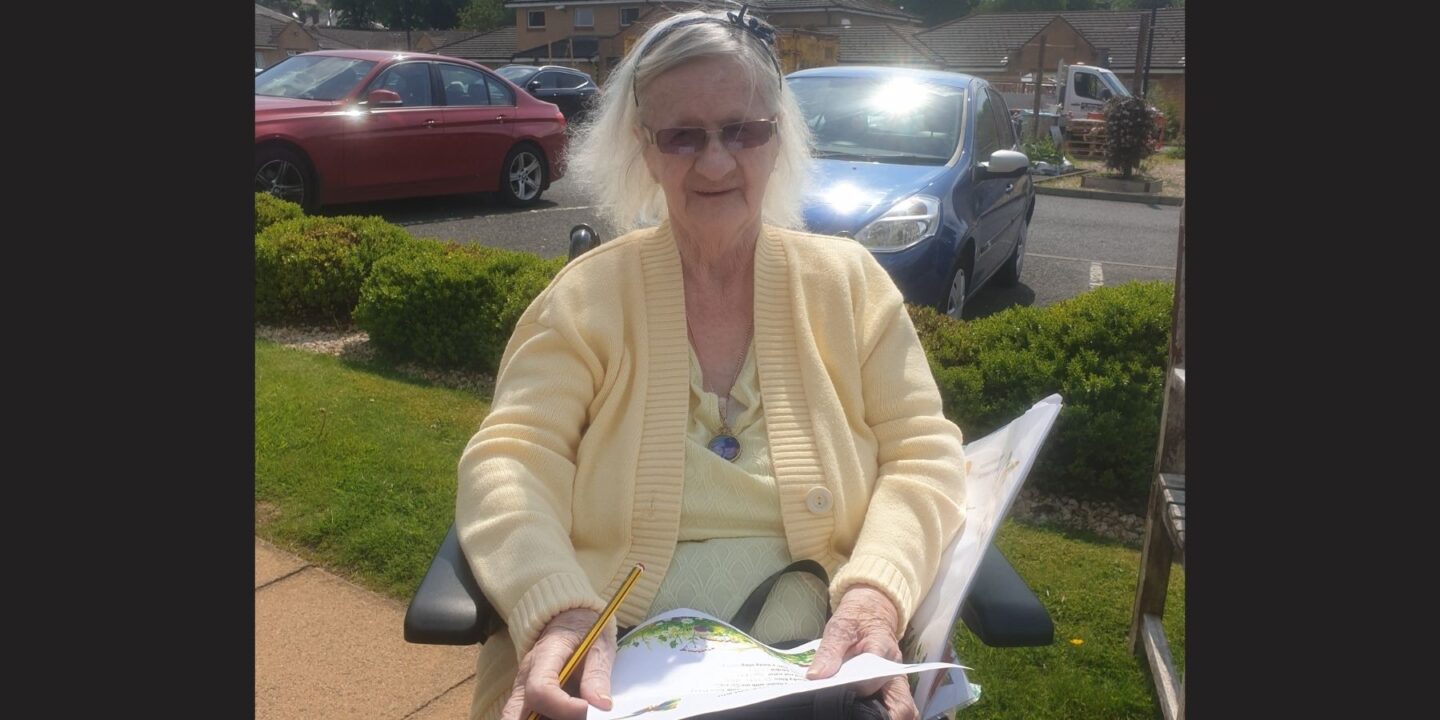 A head-scratching wildlife hunt gave Residents at Rutherglen the chance to explore their garden like never before this May.

Activities Co-ordinator Maureen Thomson penned a series of cryptic clues about the natural world and hid them around Rutherglen’s grounds.

Residents had to solve the clues and move around the gardens, finding new and interesting wildlife as they went.

The competition was fierce as they all tried to win first prize.

Maureen said: “We wanted to give Residents something completely different to enjoy on a sunny afternoon.

“I wrote the clues and hid pictures of the wildlife all around our gardens for Residents to discover.

“Along the way, we sang songs, made daisy chains and stopped to smell the lavender and rosemary growing in our flower beds.

“It was the perfect antidote to spending a long winter indoors.”

Resident Christine was crowned the winner after correctly identifying 16 of the possible 18 correct answers.

She was presented with a pretty potted geranium for her room.

After so much fun in the sun, Maureen said Residents were full of joy.

Maureen said: “It was wonderful to see how uplifting the wildlife hunt was for the Residents.

“There were plenty of smiles, and it was lovely to see their faces light up.

“We’ll be spending more time outdoors over the coming months and making the most of our lovely garden.

“Nature is incredibly therapeutic, and being outdoors is good for the soul.” 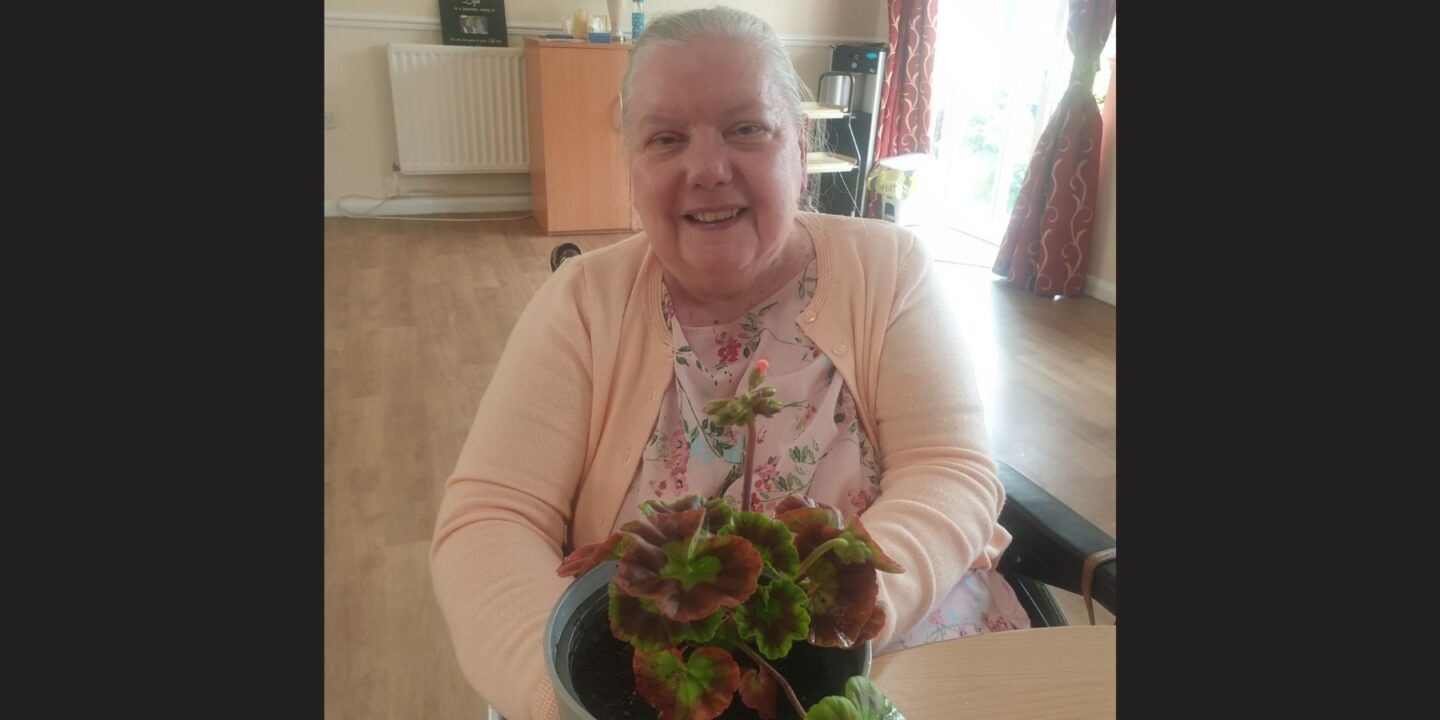