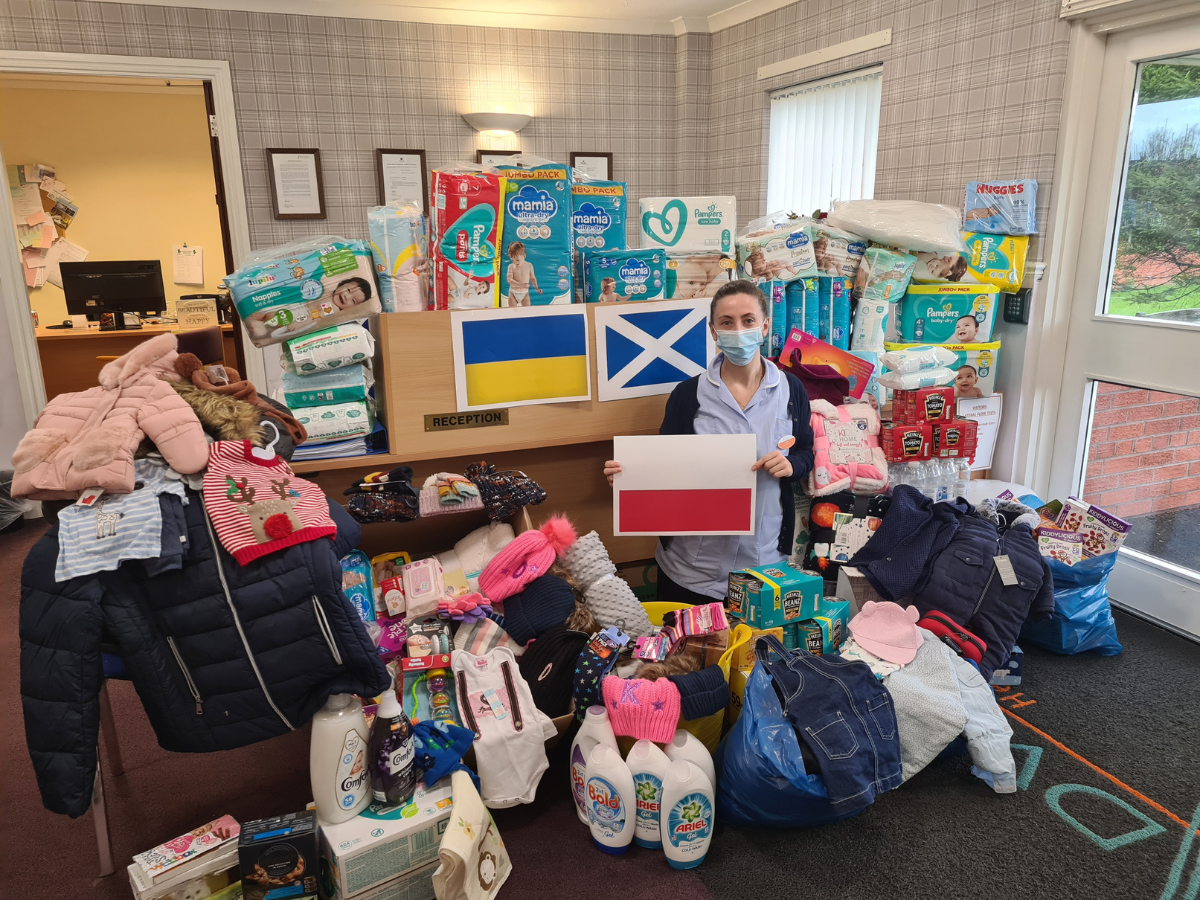 Colleagues, Residents and Families from Advinia’s Scottish Homes have participated in a donation drive for refugees from war-torn Ukraine.

After witnessing the shocking images of families fleeing their country, the kind-hearted people of Advinia wanted to help. 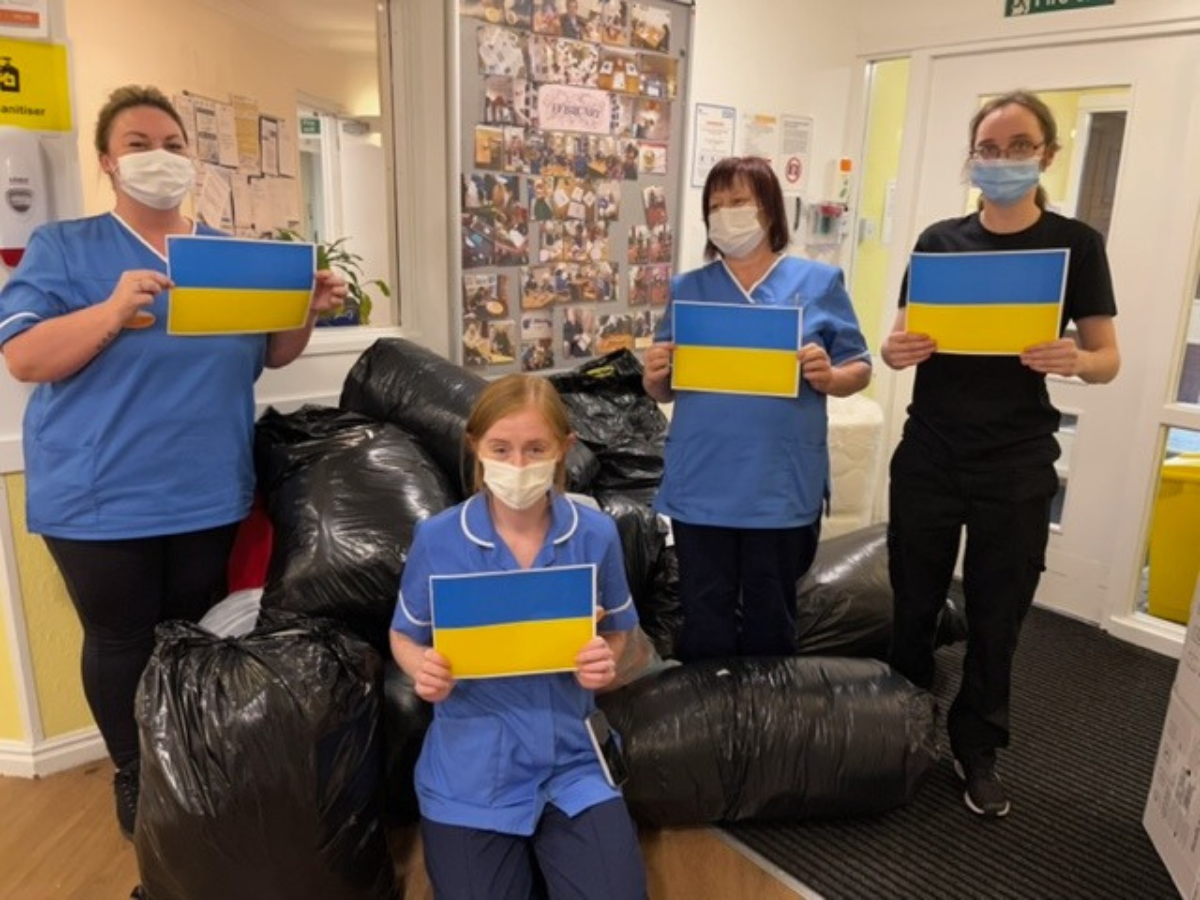 Initially, Paul had planned to collect the donations in his car. However, the massive response meant he needed a much bigger vehicle to transport the goods.

Paul said: “With all the shocking images we are seeing on the news, we just wanted to do what we could. We want to show solidarity with the Ukrainian people.

“We launched the Facebook appeal to collect items for the poor souls who are fleeing the country. The majority of them are women and children who need our help.

“It quickly became clear that we would need something much bigger than my car. Arnold Clark kindly donated a van so we could reach all nine of the Advinia Homes in the region.

“We filled the van twice over with items including clothing, bedding, toiletries, food, medicines and other essential items.”

Three generations of Paul’s family helped him with the collections as he was joined by his son Kayden and father-in-law Alistair. 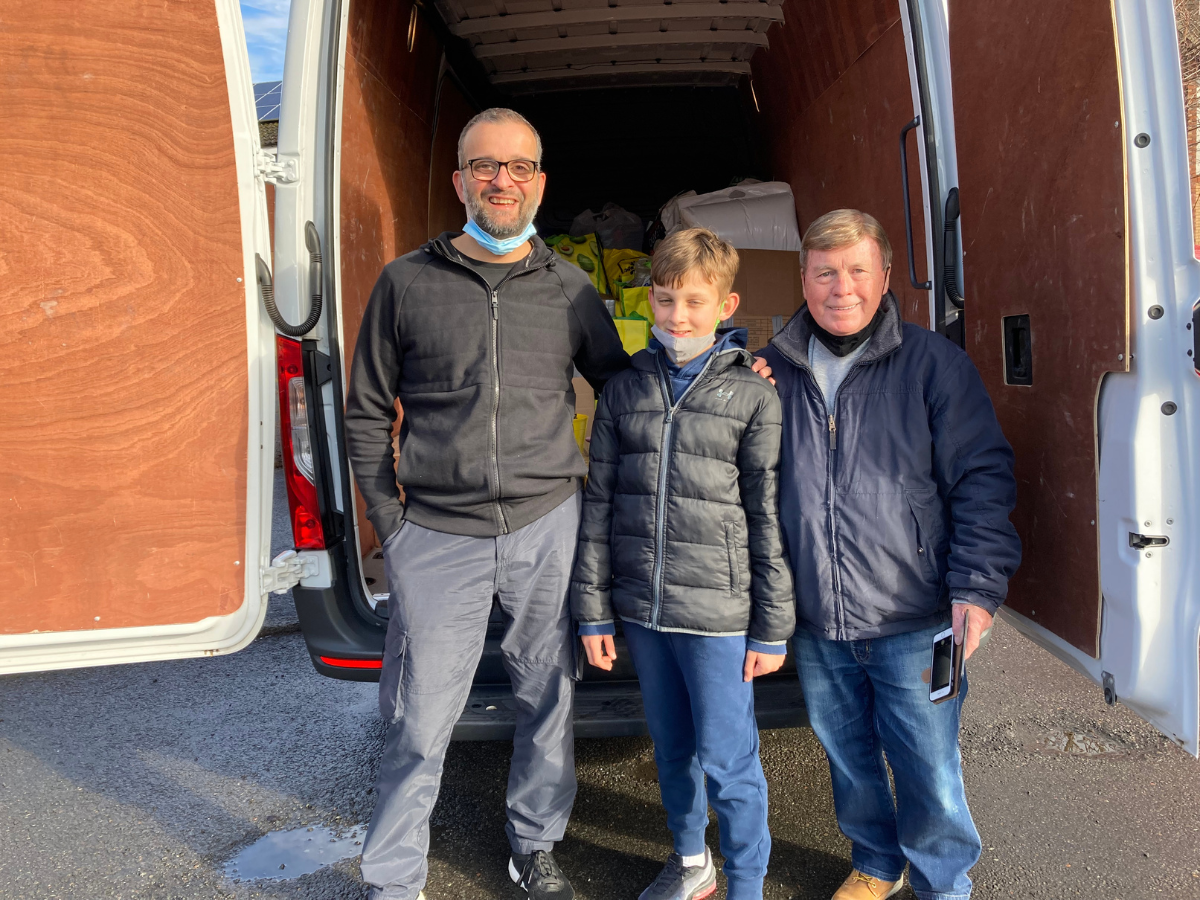 They took the items to a central collection point at the Temple in Glasgow to be loaded onto lorries heading for Poland and other countries where Ukrainian people are seeking refuge.

Paul said: “I want to thank everyone at those Advinia Homes so much for the overwhelming support they’ve demonstrated.

“The generosity was incredible and outstanding – it was a privilege to be involved.”

Scottish Residents: We wish we could do more

Golfhill Resident Maureen McInnes, 90, summed up the feelings of despair felt by people watching the unfolding humanitarian crisis from Scotland.

Maureen said: “I just wish I could have done more to help.

“It’s terrible what’s going on, and to see those poor wee children having to leave their homes is just heartbreaking.”

Marek said: “Some of our Advinia Colleagues are from Eastern European countries, so for them, this crisis is happening very close to home.

“To see all of our Care Homes pulling together makes me extremely proud. I would like to thank every single person who donated towards this appeal.”