Talented Netherton Green Resident Garry Brooking has penned poems of love and adventure in his first book, which is soon to be released.

Former actor Garry, 73, says the poems in Love Moves were inspired by his travels around the world and life experiences since 1966.

Garry who stays at Netherton Green, Bowling Green Road, for short periods, enlisted the skills of his daughter, Francesca, 26, who has helped him edit the work.

He said: “I’m delighted to produce this book because it fulfils an ambition I’ve had since my teenage years and it contains poems about my life.

“Some of the poems are about my wife and daughter which makes them feel pride and pleasure. Working with my daughter has given me much joy and encouraged her to develop her editorial skills too. This will help her further her own dreams of becoming a writer.

“My next book will be a memoir of my travels in Greece where I spent a lot of time. I will also publish a romance novel and a play about Jason and Medea and their quest for the Golden Fleece.” 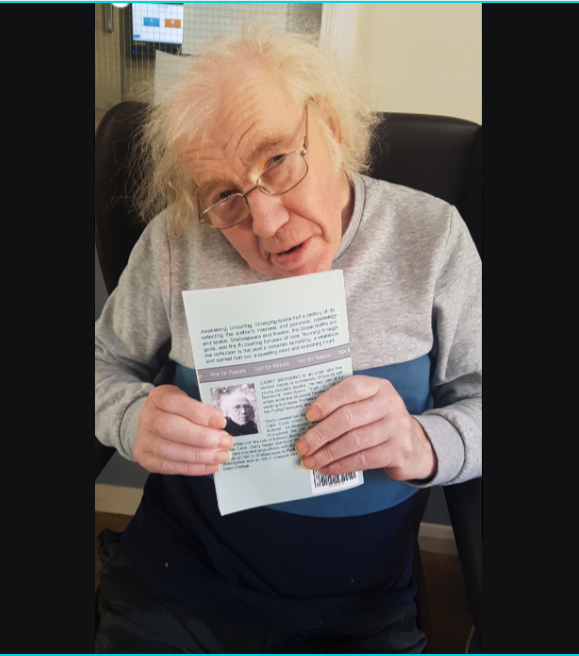 Garry, who moved to Stourbridge in 1998, previously worked at a local community theatre and resource centre and has always acted and written for the stage throughout his career.

He spent much of his life touring and even played the role of Captain Cook which he travelled with across the UK as well as Australia. A large part of his career has also been spent working with schools.

Today, as well as writing, Garry sings in a community choir and enjoys walks with his wife Joanna. And prior to COVID-19 Garry and his wife enjoyed frequent visits to the theatre.

Netherton Green Activities Manager Karen Winmill said: “It’s wonderful to see Garry achieve this landmark in his career because it has been something he has wanted to do for some time.

“Garry is always coming up with new ideas and Love Moves will be an entertaining and fascinating read.

“Everyone at the Home is very happy for him and we’ll be very proud to see copies of the book.”

Garry, originally from London, has been staying at Netherton Green since October 2020.

Garry’s book Love Moves will be available through Amazon.