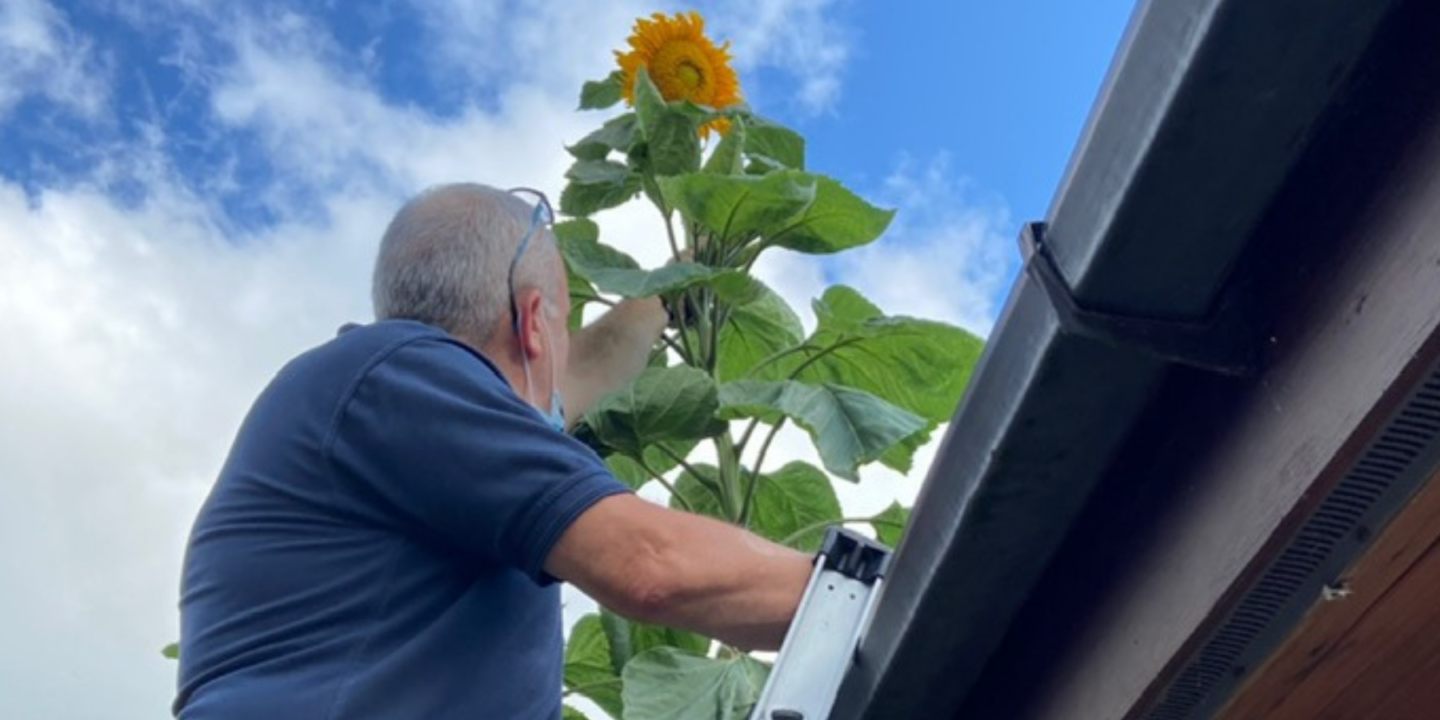 Teams from all 37 Advinia Care Homes competed for five different titles, including growing the most impressively high sunflower.

But it was Woodfield’s whopping 17ft 4in entry that stole the show and secured the £100 gardening vouch prize.

Simon said: “Woodfield’s fantastic sunflower was very impressive – I wouldn’t expect anything less from something grown in good Yorkshire soil!”

Excitingly, Woodfield’s ‘Advinia In Bloom’ success didn’t stop there. Simon also judged the team of Residents and Colleagues to be runners up in two other categories.

Woodfield was praised for their entries in both the ‘Best Wildlife Garden’ and ‘Best Ground To Fork’ categories too.

Hopefully, the prize money will enable them to defend the sunflower title in 2022 and get victories in other races.