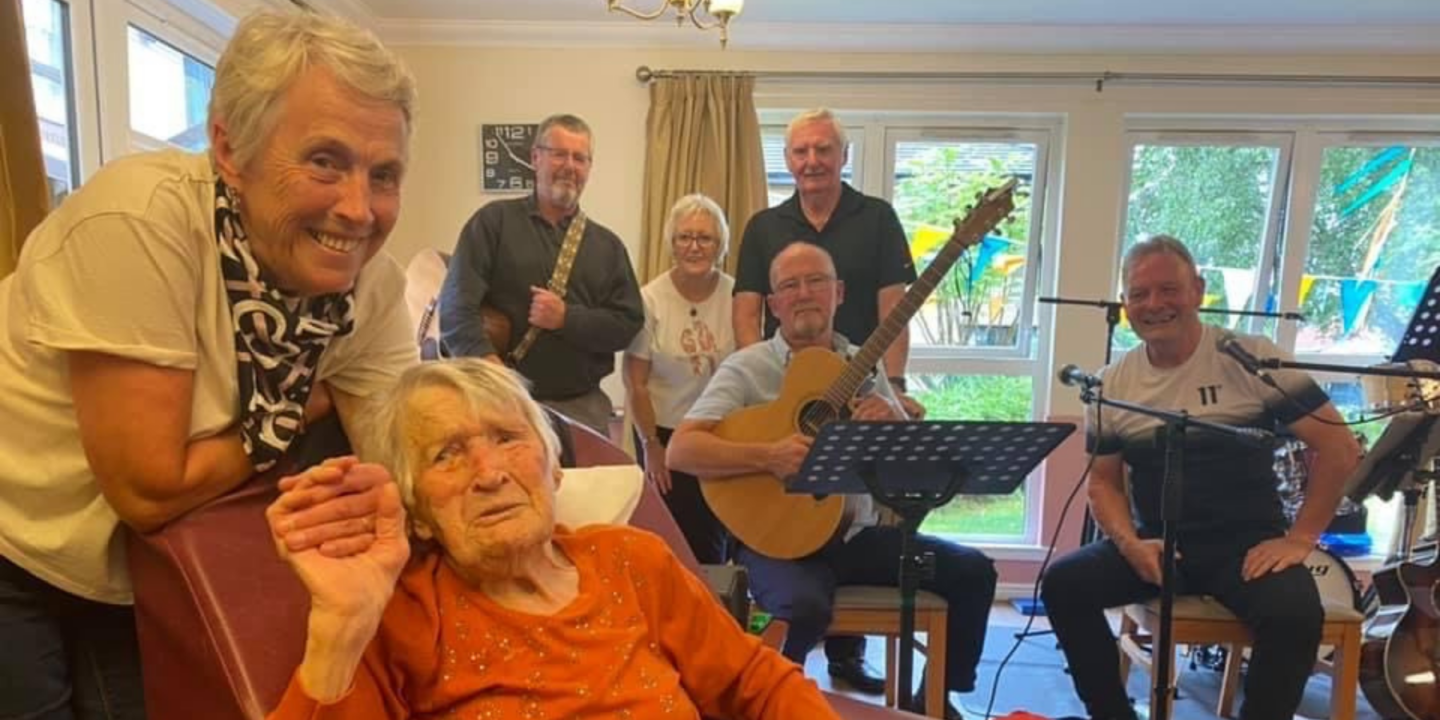 Singer Catherine is the daughter of Resident Megan, who was thrilled to see her daughter perform again.

According to Deanfield Activity Co-ordinator Emily Campbell, The Strummers were supposed to play in 2020, but the gig was postponed due to the pandemic.

So, it meant the world to Megan and the other Residents to welcome Catherine and the rest of the group to sing for them.

Emily said: “The Strummers are a terrific band, and it was an uplifting performance that we all loved.

“They were booked to play for Megan’s 99th birthday party, but sadly we had to take a rain check.

“So, this was an extra special gig.”

The Strummers played a selection of Scottish folk songs to the delighted audience.

Megan’s other daughters, Patricia and Margaret, came along to enjoy the music as well.

Emily added: “It was a family occasion and a real boon for us to welcome such talented musicians.

“After their performance, the Residents went over to thank The Strummers for coming along and to talk to them about the songs.

“We’re hoping to get them back for a Christmas gig because they were such a terrific booking.”